The Bay Area can breathe a bit easier — but the same can’t be said for the state of California.

The American Lung Association has taken the Bay Area off its list of 25 most-polluted regions in their annual State of the Air report released Wednesday. It now ranks 27th in terms of particulate matter in the air, and is the 33rd smoggiest region out of 232 other metropolitan areas in the U.S.

California on the whole is a different story, said Jane Warner, president and chief executive officer of the American Lung Association in California:

“Air pollution remains a serious health threat to too many Californians.We’re making real and steady progress in the fight for clean air, but unhealthy levels of air pollution still exist, putting the health of California residents at risk.”

The report (2.8 mb .pdf) dings the state for some of the most polluted air in the country. This year, 10 of the 25 most-polluted metropolitan areas were in California, including all of the top five (in order): Bakersfield, Fresno, Hanford, Los Angeles and Modesto.

Many counties in the sunny and smoggy Los Angeles and the Central Valley areas got hit with failing grades for both high ozone days and particulate levels.

California is on its way to improving its air. The California Air Resources Board approved in January regulations set to cut greenhouse gas and mandate the production of more than a  million zero-emissions vehicles by 2025.

The Bay Area’s “spare the air” restrictions on wood-burning have helped San Francisco being among the cleanest air in the state. But geography plays a part, too. Strong onshore winds can blow pollutants in San Francisco to other areas.

Santa Clara County, with its heavy reliance on cars, is the worst in the area. Federal ozone standards were exceeded in the county seven days last year.

Approximately nine out of 10 Californians live in counties that received a failing grade for ozone or particle pollution. Many come from high-population Los Angeles, San Bernardino and Orange counties.

Associate professor of immunology at Stanford Medical School, Kari Nadeau, told the Chron that cleaner air would lower health risks and save many California residents from trips to the emergency room:

“Ozone and particle pollution contribute to thousands of hospitalizations, emergency room visits, and deaths every year. Cleaner air can save lives and can lead to better lives for our children.”

A hunting ban to bark about 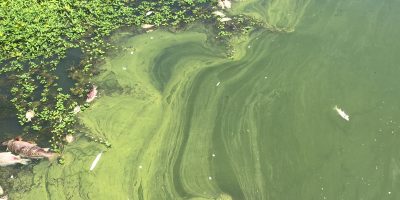 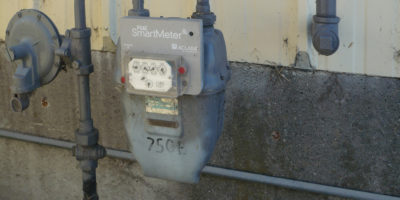 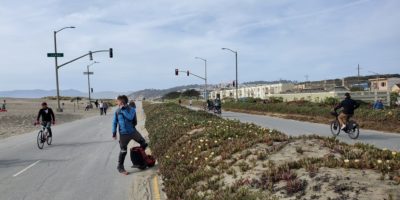 A hunting ban to bark about

Animal lovers get behind a new bill that seeks to ban dogs from hunting bears and bobcats in California.