I admit, I have a slight fascination with how dysfunctional the San Francisco Public Library main branch at Civic Center is.

What might interest me most of all is that the Main Library on Larkin Street has seen a decrease in theft and violence. But, drug use and homeless people sleeping on the premises are on the rise.

Yes. Tenderloin’s finest, sleeping among the manuscripts and paperback copies of “The Hunger Games.”

“Many urban libraries face similar issues in their environment that are often beyond their control.”

While instances of theft and verbal altercations at the library have decreased over the past year, the average number of homeless who sleep at the branch has increased by more than 80 percent.

According to new data provided by the SFPL, incidents where homeless were found snoozing there jumped from 588 to 1,065.

And that’s just the ones that got caught.

Incidents of drug use decreased on upper levels of the library, but it more than doubled on the ground level within the last year.

Despite these increases, the SFPL reports instances of theft, verbal assault, and all-around security breaches have all decreased.

Jeffers attributes the areas of decreased troubles to “stepped-up enforcement” and security efforts over recent years:

“We now have an SFPD officer stationed outside the Main Library full time, which serves as a strong deterrent to criminals.”

To cut down on what Examiner writer Joshua Sabatini refers to as “nonbookish behavior,” a partnership with the SFPD and the SF Public Health Department has brought in a caseworker coming in to help with housing and other outreach. So far, the caseworker has helped 226 people, the Examiner reported.

The darker side of Outside Lands

Suspect to be arraigned in connection with group home fatal stabbing 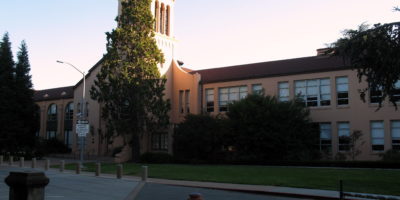 The darker side of Outside Lands