But Masonic Avenue between Fell and Geary would become way friendlier for pedestrians and bicyclists under a dramatic plan to remake the roadway into a boulevard-style thoroughfare.

The San Francisco Municipal Transportation Agency board of directors is expected to vote Tuesday on a long-wrought proposal to transform the congested, 0.6-mile, eight-block section of Masonic Avenue.

Under the plan, two lanes of vehicle traffic would be eliminated and replaced with a tree-lined center median and protected bicycle paths in each direction. Protruding “bulbs” at intersections would aid pedestrian street crossings and transit boarding.

In 2008, Masonic Avenue neighbors delivered more than 500 signatures to the MTA along with a list of concerns about the Masonic traffic corridor.

Neighborhood groups support this plan and have been involved in the lengthy planning process. Leela Gill of the North of Panhandle Neighborhood Association told The Ex:

“Masonic has always been a street in need of beautification and traffic control. The boulevard design is what the neighborhood wants to address these issues.”

This stretch of Masonic Avenue has seen two pedestrian deaths in the last two years and 131 traffic injuries between 2004 and 2009. 32,000 vehicles on average travel on Masonic Avenue each day.

A piece by KRON’s Stanley Roberts last year showcased many of the problems plaguing Masonic Avenue. In his story, vehicles can be seen speeding, running yellow and red lights, and driving around a pedestrian already in a crosswalk.

If regional grants or other funding sources can be secured for the remaining $17 million, construction could take four to five years to complete. 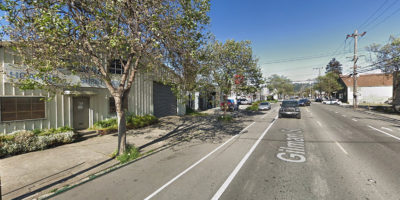 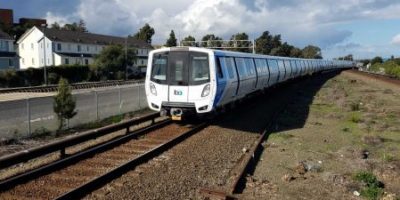