A woman who late last year accused former San Francisco 49ers defensive lineman Ray McDonald of raping her at his San Jose home has accused current 49ers linebacker Ahmad Brooks of groping her while she was unconscious the same night, according to court documents.

In a cross-complaint filed Tuesday, the woman said she had slipped and fallen near McDonald’s swimming pool while visiting his home in December.

The fall knocked her out, and while she was unconscious, Brooks allegedly groped her.

After that, McDonald allegedly carried her upstairs and raped her, according to the complaint.

The documents were filed in response to a defamation suit McDonald filed against the woman in March, claiming that all sexual encounters between the two were consensual and she was taking advantage of bad publicity against football players — including allegations of domestic violence against then-Baltimore Ravens running back Ray Rice and Minnesota Vikings running back Adrian Peterson.

McDonald, who was also accused of hitting his pregnant fiancée during a birthday party in August but was not charged, was released from the team after the sexual assault allegations came to light. In a statement, the 49ers said his release was due to “a pattern of poor decision making that is no longer going to be tolerated.” He has since signed with the Chicago Bears.

He has not been charged for the alleged sexual assault. A spokeswoman for the Santa Clara County District Attorney’s Office said today that the case is still under review.

The woman met McDonald on Dec. 13 while drinking at the Willow Den bar in San Jose, where she joined him and several friends. Eventually they went back to McDonald’s home in the Silver Creek Valley Country Club in East San Jose where they continued drinking, but after that their accounts of the night diverge.

According to the documents filed Tuesday, the woman claims while she was out by the pool, she slipped on a wet, slippery and negligently maintained pool deck and was knocked unconscious. She was later told that during that time, McDonald thought she was dead and made comments that he didn’t want a dead woman found at his house.

While unconscious, she said Brooks groped her sexually, something she says is corroborated by surveillance footage from McDonald’s house. She said McDonald then carried her to his bedroom and they had sex without her consent while she was semi-conscious.

The non-consensual touching continued through the next day, according to the cross-complaint.

But McDonald argued in the defamation complaint that the sex was consensual and that at every point during the encounter she was “alert, talking, behaving in a fashion by which she appeared in every possible way to be fully cognizant and engaged with her surroundings and activities.” The woman went to the hospital the following day and when police were called, said she had been assaulted.

She did not bring up the allegations against Brooks in previous statements or even that he was at McDonald’s house during that time. She did previously say that 49ers linebacker Aldon Smith, who was convicted of DUI last year, was at the house with them.

Man gets year in jail for possession of marijuana and weapons 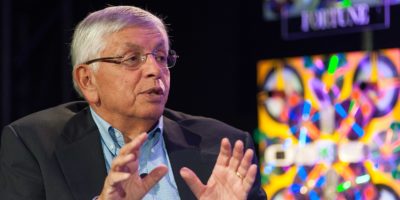