According to airport officials, the new terminal has 230 power outlets and 200 USB outlets designed to allow visitors to stay connected while traveling.

SFO anticipates their busiest day of the year to be this Friday, with over 150,000 travelers passing through SFO prior to Thanksgiving holiday next Thursday.

“The holiday season brings friends and families together, to rekindle beloved traditions and create wonderful new memories,” said SFO director John L. Martin. “Our goal is to make the airport experience an enjoyable part of these traditions.” SFO will host Sounds of the Season, a live music series featuring Bay Area musicians on four stages throughout the airport.

Visitors to SFO are also encouraged to enjoy the airport’s exterior lighting display, which will feature over 150 miles of wiring and more than 3.3 million LED lights.

The lighting ceremony will be held on December 2, at 5 p.m.

While visitors to SFO are encouraged to spend their time enjoying the airport festivities, airport officials are still urging travelers to arrive at the airport at least 90 minutes prior to their departure for domestic flights and at least two hours prior to departure for international flights.

All parking facilities are expected to be at or near capacity by Thanksgiving Day so travelers are encouraged to use BART or airport shuttles.

For motorists who want to park and help their arriving parties at baggage claim, the airport offers short-term parking at $2 per 20 minutes in the hourly terminal garages. 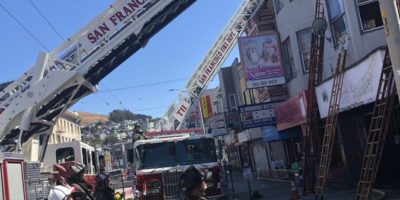