A woman suffered a broken collarbone Tuesday night when a man pushed her down the stairs of a grocery store at Market and Dolores Streets in San Francisco, police said.

The assault occurred at about 10 p.m. at the Whole Foods Market at 2001 Market St., according to police.

The woman was walking toward a set of stairs when the man ran up behind her and shoved her down them, according to police.

The suspect, described as a man in his early to mid 20s, remains at large, police said.

Whole Foods Market spokeswoman Beth Krauss confirmed the attack at the store and said the company is cooperating with the police investigation. 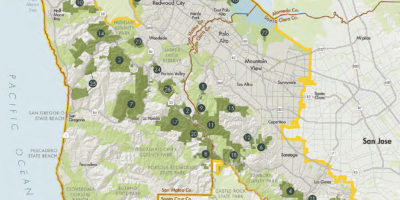 One person was killed Tuesday morning in San Jose during a high-speed pursuit with the California Highway Patrol.