A veteran actor has been charged with felony driving under the influence of drugs for allegedly striking and almost killing a bicyclist in Berkeley in February but he remains at large, prosecutors said Friday.

Berwick Haynes, 47, of Sunnyvale, was charged on May 2 and a warrant was issued for his arrest but Berkeley police haven’t yet arrested him, Alameda County District Attorney spokesman Teresa Drenick said.

Haynes, who was preparing for a play at the Berkeley Playhouse at the time, allegedly rammed Berkeley scientist Megan Schwartzman in the vicinity of Fulton Street and Bancroft Way at about 5 p.m. on Feb. 2.

Police investigators said Haynes and Schwarzman were both headed south on Fulton from Bancroft when they crashed in the intersection.

Police said Scharzman, 42, was dragged by the vehicle and pinned underneath after it stopped. Firefighters had to raise the vehicle to get her out.

Haynes was arrested on suspicion of driving under the influence but was later released.

Schwartzman, who’s a research scientist at the Center for Occupational and Environmental Health at the University of California at Berkeley’s School of Public Health and serves as an associate director of Health and Environment for the interdisciplinary Berkeley Center for Green Chemistry, survived the collision but is still recovering from her injuries.

At a Berkeley City Council meeting on March 15, Schwarzman’s husband, Mike Wilson, said, “Meg was nearly killed” and called for the installation of a bicycle lane on Fulton Street between Bancroft Way and Channing Way.

“… was bleeding internally from a serious laceration to her liver, was unresponsive from blood loss when she arrived at the hospital and struggled to live through the first 12 hours with a bleeding liver, 20 fractured ribs, a smashed pelvis, two partially collapsed lungs and complex facial fractures.”

“Yes, the driver in this case made poor decisions and was impaired and that contributed to the severity of the collision. But the origins of this collision lie in choices made by traffic planning managers in the design of this busy intersection.”

Responding to Wilson’s request as well as requests by bike groups and councilmembers, Berkeley officials completed a new protected bicycle lane in the area in time for Bike to Work Day on Thursday.

The new southbound lane runs from two blocks on Fulton from Bancroft Way to Channing Way. The existing bike lane previously ended at Bancroft, which meant that cyclists and motorists were dumped together at that intersection.

Among the theaters where Haynes has appeared are the Julia Morgan Center for the Arts in Berkeley, the Marin Theater Company in Mill Valley, the San Jose Repertory Theatre, the Portland Center Stage in Oregon and the Goodman Theatre in Chicago.

The driving under the influence charge against Haynes includes an enhancement clause alleging that he inflicted great bodily injury upon Schwarzman.

Berkeley police didn’t respond to multiple inquiries about their search for Haynes. 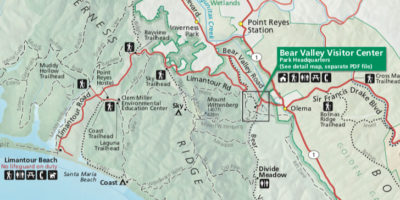 A Texas man won the Bay to Breakers race this morning in San Francisco.