A charter amendment introduced by San Francisco Supervisor Norman Yee could threaten the mayor’s appointment power over the Municipal Transportation Agency’s Board of Directors.

The charter amendment proposed by Yee would allow the mayor to appoint four SFMTA board members and the Board of Supervisors would to get appoint three. It would also lower the number of supervisors it takes to reject the transit agency’s budget from seven to six.

Currently, the City Charter allows the mayor to nominate all seven of transit agency’s directors, but nominees still need approval from the Board of Supervisors.

Supervisors Eric Mar and Malia Cohen voted in favor of the charter amendment at the board’s Rules Committee on Wednesday. Supervisor Katy Tang voted against it. If approved by the full Board of Supervisors, it would appear on the Nov. 8 ballot.

Yee said at the board’s Rules Committee on June 30 that his constituents from District 7 are calling his office over concerns about some of the decisions that the transit agency makes on The City’s streets:

“…this is why I am introducing this legislation to see if there is a way to actually change the dynamics so that maybe we could reduce the types of complaints that we get.”

Yee said he respects the independence of the transit agency, but the said decisions made the SFMTA are not independent from the CIty:

“There’s an expectation from the public that the Board of Supervisors share the burden of SFMTA’s decisions when we have very little do with who sits on the Board of Directors.”

The charter amendment seeks to have a more engaging process to recruit potential SFMTA board members, said Yee:

“I think a split appoint process allows for a broader, more diverse level of engagement from the public as we have seen at this very committee.”

Another charter amendment making its way through the Rules Committee would create the Transportation Improvement Fund to set aside funds for improving The City’s transportation network. Funds would go the SFMTA for items such as improving Muni service in low-income neighborhoods and keeping Muni’s vehicles in good repair.

Funds would also go to pedestrian safety projects and to The City’s transportation authority improve regional transit systems that serve in San Francisco.

In regards to the split appointments with the mayor and the board, Reiskin said supervisors already have to say on who get’s appointed to the SFMTA board:

“We already have split appointments where the mayor nominates and the board confirms and nobody can get to the MTA board without getting confirmed by the Board of Supervisors.”

Reiskin added that regardless of who nominated a board member, he has not seen a SFMTA board member not be responsive to a member of the Board of Supervisors during his tenure with the transit agency.

Yee said he has no problems with the current SFMTA board members, but said he’s searching for a way to reduce constituent complaints:

“I’m always searching for answers. For me, this is one way to change it. It’s certainly not the only way and I’m willing to sit down with the director, Mr. Reiskin or any of the other Board of Directors to continue that discussion.”

On reducing the number of supervisors it takes to reject the transit agency’s budget, Yee said he just wanted to make more align with other city departments and to give the SFMTA’s budget the same level of scrutiny as other departments.

Tang said she generally does not see any problems with split appointments with the mayor, but said:

“I do know that in terms of our MTA Board of Directors, it can be a very politicized environment. Not saying we don’t have other commissions that have split appointments that aren’t politicalized, but I think that’s certainly something that I personally would like to see avoided.” 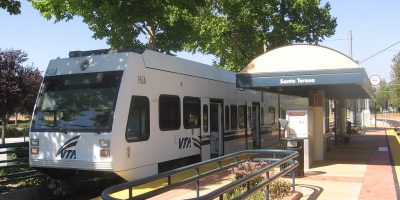