Two men were arrested Sunday afternoon on suspicion of trespassing after they climbed to the top of the tower on the Bay Bridge’s eastern span, a California Highway Patrol spokesman said.

CHP officials started getting calls just after 3 p.m. of two men making the climb by using a bike path on the bridge to get to a cable that led them to tower’s tip, spokesman Vu Williams said.

When officers arrived, the men were on the way down.

The men, 18 and 23 years old, were arrested and taken the San Francisco county jail on suspicion of trespassing.

Williams did not know why the men made the climb.

Raiders biggest weapon in 2016 is continuity 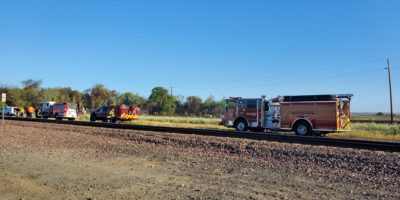 Raiders biggest weapon in 2016 is continuity

The Raiders finally have something going. And with a group that knows one another, this could be an exciting year...