A man climbing a construction crane in the Van Ness/Civic Center neighborhood of San Francisco was brought down and taken to a hospital for a medical evaluation, police said.

Someone called police at about 8:40 a.m. to say a man was climbing a crane in the 100 block of Hayes Street near City Hall.

The man seen on the crane was detained but not arrested, spokesman Officer Robert Rueca said.

The man did not have any weapons and did not pose a threat to police. 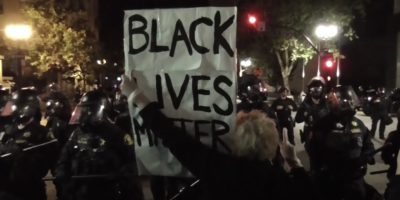 Oakland protest takes down I-880 in solidarity for George Floyd

Firefighters doused a fire at an Alameda marina this morning that damaged three boats and killed a dog.