The fire was reported at 3:26 p.m. at Dragon Beaux restaurant at 5700 Geary Blvd., according to the fire department.

The fire in the kitchen spread into the walls in the second floor.

The fire was extinguished as of about 4 p.m., fire officials said. Firefighters expected to remain on scene until at least 5 p.m.

No injuries were reported. 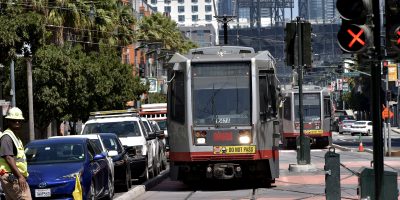