An Alameda County Superior Court judge Friday denied a defense motion to dismiss the 36 counts of involuntary manslaughter Ghost Ship master tenant Derick Almena and Max Harris face for their alleged roles in a fire at the Oakland warehouse in December 2016 that killed 36 people.

One of the arguments that lawyers for Almena, 48, and Harris, 28, made to support their motion was that Oakland city officials gave them the impression that there weren’t any safety problems at the warehouse, where about 25 people lived even though it didn’t have a permit for residential use and was cluttered with artwork, woodwork, RVs, trailers and other items.

“A multiplicity of police officers, firefighters, inspectors and child protective services workers saw what was there.”

But, Serra said, none of those officials ever told Almena and Harris that the warehouse, which was located at 1309 31st Ave. in Oakland’s Fruitvale district before it was destroyed in the blaze on Dec. 2, 2016, was unsafe.

“No one told Max Harris it was a fire danger.”

Smith said the people who lived at the warehouse “never felt unsafe” and only in hindsight “is it easy to say it was a fire hazard.”

Prosecutor Autrey James said that although authorities may not have explicitly told Almena and Harris that the warehouse was a fire hazard, no government officials affirmatively told them that it was permissible to have people living there.

“The defense must show that there was an affirmative statement where someone said ‘you can do this’ and no one ever said that.”

Another argument that defense lawyers made was that that prosecutors can’t say Almena and Harris are negligent because they don’t even know how the deadly fire started.

Defense lawyers wrote in their motion to dismiss the charges that the evidence prosecutors presented at a preliminary hearing for Almena and Harris last year did not establish that any act or omission by them caused the fire.

They also wrote that prosecution experts admit the fire could have been caused by arson, self-combustion, a defective transformer at an auto body shop next door, or a fight that knocked over a candle.

Judge Kevin Murphy said the arguments by the defense lawyers “have some merit” but he denied their motion because he believes there’s enough evidence to sustain Judge Jeffrey Horner’s ruling at the end of the preliminary hearing in December that prosecutors produced sufficient evidence to have Almena and Harris stand trial.

“I’m only here to look at the record and the decision in the preliminary hearing. I’m not here to determine whether they are guilty of the crimes for which they’re charged.”

He said that will be up to a jury.

Lawyers for Almena and Harris also briefly argued in support of a second motion asking that the charges be dismissed because potentially exonerating evidence was destroyed, lost or altered under the watch of the Alameda County District Attorney’s Office.

Murphy said that issue should be resolved by the trial judge in the case, Judge Vernon Nakahara. The trial for Almena and Harris is scheduled to start in Nakahara’s courtroom on July 16 but there will be jury selection and hearings on pretrial motions before opening statements are delivered and evidence is presented.

Murphy held a brief hearing today on a motion by Harris to be released on his own recognizance but he postponed a ruling on the matter until May 24.

At a hearing on April 20, Murphy denied a motion by Almena to be released on his own recognizance.

Almena and Harris face up to 39 years in state prison if they’re convicted of the 36 involuntary manslaughter counts.

Back in New York, things have come full circle for A’s Fowler 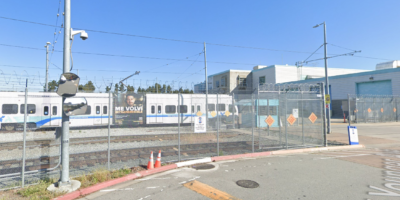 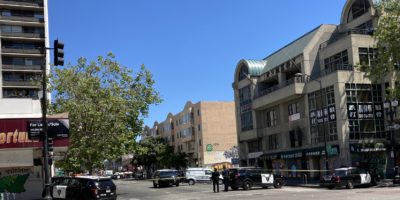 Two baby weasels are being treated at the Peninsula Humane Society & SPCA after hikers found them abandoned.