It wasn’t too long ago that this time of year was the only ray of hope for Warriors fans. The NBA draft is one day away, and with it brings back memories of hoping the Warriors could snag that one player to turn a struggling franchise around.

Those days are long in the rearview, but that doesn’t make the draft any less exciting or pivotal for the Warriors. Now, instead of praying for a cornerstone player, it’s more about hunting for the next sleeper.

With the 28th pick in the upcoming draft, a glut of players will be available that would fit with the club’s needs: wings, wings and more wings. The Warriors need all of them and the draft is heavy on good wing prospects so this is a perfect storm for them.

Okogie is a young sophomore who is actually younger than freshmen DeAndre Ayton, Trae Young and Michael Porter.

He just finished averaging 18.2 points and 6.3 rebounds for a Yellow Jackets team that was devoid of talent in the talent-rich ACC. He didn’t just lead his team in scoring by a wide margin but he also amped up his performance against the best competition.

Against a quartet of ranked opponents in Miami, Duke, North Carolina and Clemson, Okogie went for 25 points and 7.2 rebounds in five games.

He shot 38 percent from deep, and also gets to the line like a demon attempting the sixth-most free throws in the ACC despite, missing eight games. And he shot 82 percent when he got there.

But where he really stands out is athletically. He showed out at the NBA combine where he tied for the highest max vertical at 42-inches, ran the fastest three-quarter court sprint, and was one of just six players to top 12-feet in their maximum jump reach. His measurements will also translate to the pros where he has a 7-foot-wingspan and an 8-foot-6 standing reach.

The negatives with Okogie start with his shooting percentage and shot selection. He shot just 41 percent from the field in 2018, but a lot of that is the product of a contested shot from him was better than an open shot from a teammate.

He played with no one resembling a fringe NBA prospect and he had to do everything and force a ton of shots for the team to even be competitive. He also had to bring the ball up most games, so it will be an adjustment for him to play without the ball in his hands.

Although most of his measurements were good, he’s a little shorter than you would like to be able to switch comfortably, as he measured just 6-foot-3 without shoes and 6-foot-4.5 with. And while he shot a good percentage from 3, his shot is low and slow and he’ll probably need to tweak it in order to get it off comfortably at the next level.

As stated before, the Warriors need wings. They also need athleticism and shooting and Okogie could check all three boxes. Although he’s a little short his wingspan and muscle mass at 210 pounds lets him play a lot bigger than he is.

He’s much better off catch-and-shoot opportunities than he is off the dribble, which is good because that’s exactly what he’d be asked to do as a Warrior. And he’ll be a beast in any kind of transition setting.

He would immediately be one of the Warriors better perimeter defenders, regardless of how his shot translates, and offers a good amount of potential for a late first round pick.

Frazier is a tape measure freak. His wingspan is 9 inches greater than his height and he has an 8-foot-9 standing reach, which are very close to Kawhi Leonard’s measurements when he came out of college.

But he’s not just a stiff as he posted a 40-inch vertical, along with the third fastest three-quarter sprint time and good agility drill times. His maximum jump reach was also the highest of the combine at 12-foot-1 and he actually reached higher than the measuring device.

His real value as a basketball player comes when he puts all these tools together on the defensive end of the court. He’s a tenacious defender that can switch onto smaller guards or bigs and bother either. He really shines on defense where he averaged over two steals per game in 2018 and has the potential to be a defensive stopper at the next level.

He also shot 38 percent on 3’s, significantly raising his percentage from his first two seasons in college.

Those other two years at Tulane were rough for him shooting the ball though as he clanked 28- and 26-percent shooting respectively from deep. It’s improved to be sure but he still falls victim to a wild, not close at all shot once in a while.

He also played on a very bad Tulane team in the American conference where they played a top-25 ranked team just three times. His stats in those games were actually pretty good, including a 27-point game against North Carolina, but they were also blowouts so there wasn’t much value added.

He’s not the smoothest athlete either as he’s kind of jerky on the court with the ball in his hands, but that could also have to do with his loose handle.

And as someone who came from a less talented team, he had to do a lot in terms of creating and attacking so his shot selection and decision-making are a little out of control but those can and will be reined in.

Frazier is the one type of player the Warriors don’t have on their roster. He’s a pure defensive stud and would earn minutes even if his shot is somewhere in the middle of his sophomore and junior years.

The Warriors will need to look ahead to the future to replace someone like Andre Iguodala, or at least get a succession plan in place, and Frazier could very well step into that role as a defensive stopper who can knock down open shots.

Plus the Warriors are looking for someone to help immediately and defense is the one skill that can play instantly.

Trent is a prototypical shooting guard in the modern NBA, he’s got good height and bulk, but more importantly can stripe it from 3. The Duke freshman shot 40 percent from beyond the arc on 6.5 attempts per game.

On a team that was loaded with talent, he was the one the team looked to in close games and especially in their NCAA tournament run.

He’s great on the break and showed at the combine scrimmages that he can create off the pick-and-roll and can bang 3’s off the dribble as well. He also gets to the line a decent amount and knocks those in at an 87 percent clip.

Trent’s measurements at the combine came out better than expected with a 6-foot-8 wingspan and an 8-foot-3 standing reach. The athletic testing portion also opened some eyes with a 39.5-inch vertical and was one of just six players to post a sub-three second shuttle run.

The numbers are actually better than Klay Thompson’s when he was coming out of college. Thompson posted a 31.5-inch vertical, 10.9 second lane agility and 3.24 second three-quarter court sprint, with only the lane agility time beating Trent’s.

While his offense and shooting are unquestioned, there are two sides of the court. His defense is by far the worst part of his game. He has most of the tools but his desire is questionable.

It might be the system, as Duke played a 2-3 zone for a good part of the year, but you would like to see more fight or effort regardless. He’s picked up his intensity on that end while working out at the combine but it’s another thing to do it game in and game out at the highest level.

While his athletic testing came back with better numbers, on the court he looked slower and didn’t have the explosiveness you look for on that end of the court.

Offensively he can get tunnel vision and turn into a black hole occasionally. Most notably when Duke lost in overtime to Kansas in the Elite 8 and Trent jacked up 10 3’s despite making only two of them.

Outside of Kevin Durant, Stephen Curry and Thompson, the Warriors really don’t have any shooters on the roster.

They’ve been searching for a shooter on the wing for years trying out the likes of Ian Clark and Nick Young. Trent could easily slide into that role and at 19, could grow into a bigger role depending on how he progresses.

He shot just 41 percent from the field but if the Warriors were to pick him, his looks would be way easier and he’d get to do what he’s best at, which is catch-and-shoot.

If Steve Kerr continues to stagger Curry and Durant next season they’re going to need someone to fill that Thompson role, the only question would be if he can guard anyone. But in lineups with plus defenders like Iguodala, Green and Thompson, Trent could be a real weapon.

Three more names to keep an eye on

The draft is always unpredictable so you never know who can drop or rise. All three prospects are slated to go higher but if they fall through the cracks they would be right in the conversation for the Warriors.

Donte DiVincenzo was named the Most Outstanding Player of the 2018 NCAA Tournament after bursting onto the scene. He is a professional scorer and also tested extremely athletic at the combine. But he’s never started in his career at Villanova and can be very streaky — his awful free throw percentage also isn’t a great sign.

Jacob Evans starred at Cincinnati this past season and is a prototypical wing for the new NBA. He’s in the mold of a classic 3-and-D prospect and knocked in 37 percent from deep, while being the defensive leader for the Bearcats. But that’s about all he did as he’s not an attacker or creator and also tested below average at the combine.

Khyri Thomas out of Creighton really put himself in prime draft position with his 2018 season. He’s a true knockdown shooter at over 41 percent from 3 and is one of the best defenders in the draft. His on ball defense is elite and he can be a harasser with his 6-foot-10 wingspan. But he did measure short at just 6-foot-2 without shoes and isn’t exactly a point guard as he doesn’t create much.

Fred Rogers is the hero we need in our neighborhood 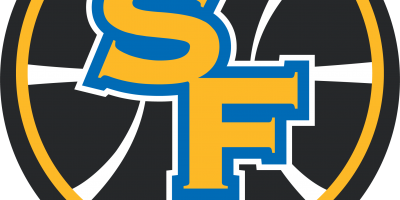 Warriors bring the party back to Oakland streets