It’s likely that a decayed human skull that was found in West Oakland on Friday morning is connected to a male torso that was found in the same general area about a month ago, an Alameda County sheriff’s spokesman said today.

People who live at a residence on 29th Street near West Street found the skull shortly before 9 a.m. on Friday and took it to Oakland police headquarters, sheriff’s spokesman Sgt. Ray Kelly said.

Alameda County coroner officials who are investigating the matter preliminarily believe the skull is connected to a decomposed and somewhat mummified body that was found in a building in the 2800 block of Martin Luther King Jr. Way on Sept. 26 because the skull and the body were in similar stages of decomposition, Kelly said.

It’s possible that a dog, a raccoon or even a person may have moved the skull a few blocks away from the body, Kelly said.

At this point there’s no indication that foul play such as a shooting or a stabbing caused the death, according to Kelly.

Authorities have tentatively identified the torso and that’s helping them reconstruct that man’s history in an effort to confirm his identity, Kelly said.

Investigators are conducting DNA analysis and consulting an anthropologist to try to confirm that the detached skull and the torso belong to the same man, according to Kelly:

“It’s a bizarre situation but our job is to get to the bottom of it.”

Discovering a dead body is not uncommon because there are many people, such as low-income people and transients, who live alone and don’t have loved ones who check up on them, Kelly said.

Man to serve 50 years to life for killing boy, shooting at officer 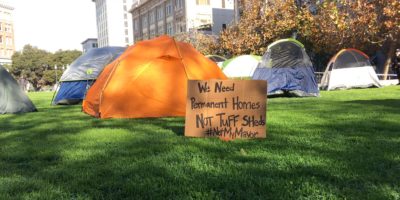