A seemingly perfect storm had aligned for this Giants team that has lost several close games early in the 2019 season — they managed to get a five-run lead with their ace on the mound, who was sporting a sub-1.50 ERA.

Instead, it turned into more of the same for San Francisco.

Kevin Pillar was the biggest part of that, crushing his first career grand slam (1) almost halfway up the left-field bleachers. The four RBI were his first as a Giant, after just one RBI in five games with Toronto before being traded.

The home run was by far the biggest hit in his young Giants career. Although his stats showed a scuffling hitter, Pillar was quick to point out the very human element of being a major leaguer — particularly one who gets traded the way that he did:

“There’s a lot of things that people don’t necessarily think about when you are traded from a place you’ve been at a long time, especially going to a different league. I’m facing guys for the first time. A lot of these guys I’ve never even seen pitch.”

However, the lead slowly dwindled over the next three innings as Madison Bumgarner (ND, 0-2, 3.32 ERA) continued to suffer from an inability to keep the ball in the park.

Shortstop Fernando Tatis Jr. whacked a two-run shot (3) to left in the fifth, then left fielder Wil Myers hit a solo homer (3) in the sixth, cutting the Giants lead to 5-3.

Bumgarner was chased in the seventh thanks to more hard contact, the final straw a line drive from catcher Francisco Mejía that nearly cleared the brick wall in right. Reyes Moronta (L, 0-2, 5.79 ERA) proceeded to give up three runs in the inning, two coming on a big pinch hit, two-run home run (1) by Franmil Reyes.

Before the Giants knew it, their 5-0 lead had become a 6-5 deficit.

Bumgarner’s frustration was compounded by how quickly the outing soured on him:

“What makes it more difficult is to feel as good as I did, command be as sharp as it was, and then to get the result that we did. That’s what makes it hard to swallow.”

San Francisco’s only other opportunity to score more runs came via Buster Posey’s leadoff double in the eighth. But the backstop was stranded in scoring position and San Francisco was left with a frustrating loss.

Manager Bruce Bochy was disappointed but matter-of-fact in his assessment of the result.

“We expect to win that game. That’s one of those tough ones. And you’re gonna have to deal with some of these games. You hate to see it, especially where we’re at, trying to get some wins. So that’s what makes it tougher.”

A scary incident took place in the seventh. Gerardo Parra was hit in the face by reliever Brad Wieck. Parra was able to walk off the field after laying on the ground for a few minutes.

Bochy said after the game that Parra has a nasty cut on his lip, but is doing well:

“I expect him to be available tomorrow.”

San Francisco looks to bounce back Tuesday in a southpaw showdown. Derek Holland (0-1, 5.00 ERA) takes the mound for the Giants and Joey Luchessi (2-0, 0.00 ERA) will sling it for the Padres.

The Giants acquired first baseman/outfielder Tyler Austin from the Minnesota Twins on Tuesday morning, in exchange for minor league outfielder Malique Ziegler. Utility man Connor Joe was designated for assignment to make room for Austin. Austin started at first base Monday, going 1-for-2 with a walk and a run. … Monday night’s announced attendance of 28,625 was the lowest total at Oracle/AT&T Park since a 5-4 win over Washington on Thursday, May 27, 2010. 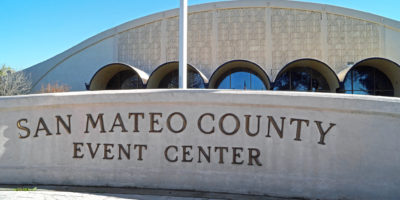 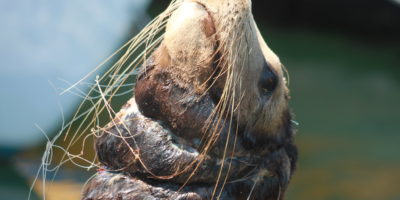 A third woman arrested in connection with a blessing scam that targeted Chinese-speaking San Franciscans acted as a lookout while...