A hospital spokesman said a boy is in critical condition and another is in serious condition following a shooting Tuesday afternoon in San Bruno.

San Bruno police reported at 4:19 p.m. that they were investigating a shooting at The Shops at Tanforan at 1150 El Camino Real. San Mateo County Supervisor Dave Canepa said no one has been arrested yet and two shooters are at large.

Canepa said four people were injured and two of them were sent to Zuckerberg San Francisco General Hospital. Hospital spokesman Brent Andrew said the two at his hospital are teens who suffered gunshot wounds. Canepa said the shooting has shocked him.

Describing the shopping center as a decades-old, family-friendly mall that is relatively safe, Canepa said:

“Under no circumstance would I have thought that Tanforan would have a shooting within the mall.”

“This is truly, truly a tragedy.”

The San Mateo County coroner’s office said it has no information about the shooting, and police have not confirmed any fatalities. BART’s San Bruno station is closed. Trains are running through the station but not stopping at the station.

BART’s 12th Street station in Oakland was also closed but is now open after police searched for a suspect on a train. A suspect was not found, but the search continues, according to BART police and Oakland police. Canepa said words can’t explain his grief at another shooting in San Bruno.

Last April a shooting took place at YouTube headquarters, located about a mile away from the mall. In that incident, a 39-year-old woman believed to be the shooter died of a self-inflicted gunshot wound, and three others were shot and injured.

“This is a sad day and … I’m in shock that this would happen.”

“Two days before the Fourth of July, the last thing that you would expect is a shooting.”

Canepa, whose joint powers agency oversees the county Office of Emergency Services, praised law enforcement who responded to the scene of the shooting.

“Any shooting that takes place is unacceptable, but when you have multiple injuries – you have to applaud police.”

Suspects at large, county supervisor ‘in shock’ after four injured in mall shooting 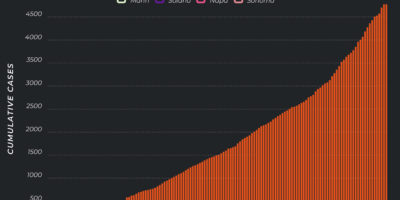 Suspects at large, county supervisor ‘in shock’ after four injured in mall shooting

San Mateo County Supervisor David Canepa said he is in shock after four people were injured in a Tuesday afternoon...