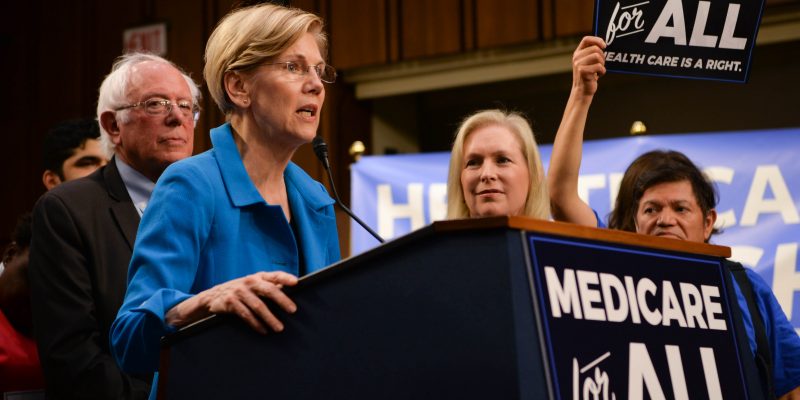 Sen. Elizabeth Warren and Sen. Bernie Sanders will face off in the second round of Democratic presidential debates Tuesday, July 30, 2019.

Democrats across the Bay Area are gearing up for the second round of presidential primary debates this week, and many organizations are hosting watch parties so voters can get informed on the candidates together.

Tuesday’s debate features frontrunners Sen. Elizabeth Warren and Sen. Bernie Sanders, along with eight other candidates. Oakland residents can catch a watch party hosted by TechEquity Collaborative and East Bay for Everyone at 5 p.m. at the Starline Social Club at 2236 Martin Luther King Junior Way.

They’ll host a watch party for the second debate at the same time Wednesday, when former Vice President Joe Biden and Sen. Kamala Harris are among the candidates participating.

Spats Restaurant and Saloon at 1974 Shattuck Ave. in Berkeley will be hosting watch parties both days starting at 5 p.m.

The Latino Community Foundation will be hosting a debate watch party for the debate Wednesday.

Christian Arana, policy director for LCF, said that the 7.7 million eligible Latino voters in California make up the largest Latino voting block in the country.

“We wanted to make sure the Latino community is informed.”

The LCF watch party will start at 5 p.m. at Accenture at 415 Mission St. in San Francisco.

BART system down until further notice

Sheriff's deputies in Contra Costa County asked for the public's help Tuesday morning in finding a 93-year-old man who has...