San Francisco and the Golden State Warriors made the new $1.4 billion Chase Center official with a ribbon-cutting ceremony just days away from its inaugural concert featuring Metallica and the San Francisco Symphony.

The journey to build the new Mission Bay neighborhood arena and entice the Warriors to move back across the bridge began in 2012 as an effort spearheaded by the late Mayor Ed Lee. Construction began more than two years ago.

The privately-financed state-of-the-art arena offers 18,064 seats and will not serve as just the Warriors’ home court, but will host 200 events annually, officials said.

Next door to the Chase Center is Thrive City, a vibrant area that includes open spaces, plazas and a number of restaurants and retail stores that will be open to the public.

Both Mayor London Breed and Gov. Gavin Newsom took time to thank the late mayor who made it all possible.

“Ed Lee, two and a half years ago, just a stone’s throw away, at the groundbreaking and he ended his speech talking about how much he looked forward to this day. As you know, he lost his life, but his passion is demonstrable here today. And I just want to express on a personal level my deep gratitude to him.”

More from the ribbon-cutting Chase Center ceremony, including a video tribute to the late Mayor Ed Lee. pic.twitter.com/GvC0NDrD1d

“Mayor Ed Lee pushed for this project to happen and I know that we would not be here today if not for his incredible leadership.”

Breed also touted crucial contributions the Warriors have made toward public transportation enhancements that will make traffic to and from the Chase Center more manageable. The transit improvements in the area include new Muni light rail vehicles and a new transit boarding island platform built in front of Chase Center.

Breed announced a weeks ago that an event ticket at Chase Center will also act as a Muni pass on the day of the event so that anyone attending a game or concert can easily hop on public transit.

“A brand new journey starts today. This will be an ever-evolving place. It is of course a new place for Warriors games and concerts, but every trip you make here, you are going to discover something new.” 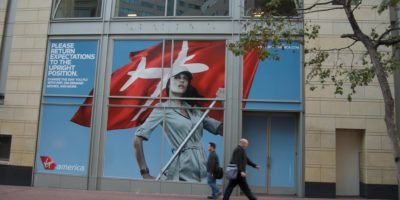 By Jerold Chinn3 hours ago
Election

By Jerold Chinn1 day ago
Business

By Jerold Chinn1 day ago
Government

By Jerold Chinn2 days ago
Labor

By Jerold Chinn3 days ago
News

By Jerold Chinn3 days ago
News

1 day ago0
Beyond SFBay