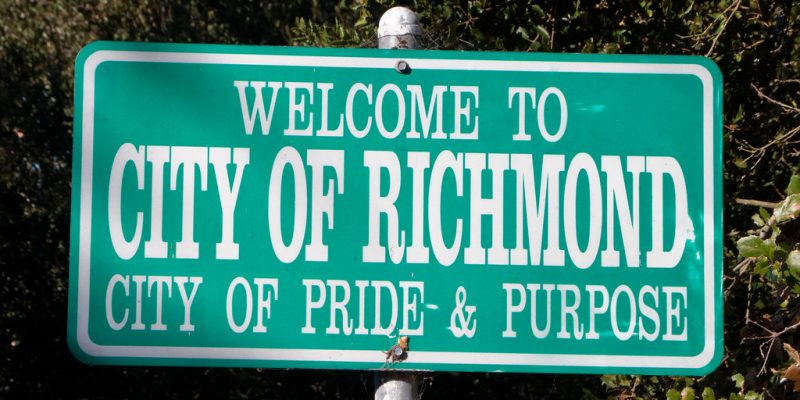 The Richmond City Council on Tuesday night affirmed its support for a plan to develop the site of a defunct chemical plant with significant environmental problems despite concerns the land underneath may not be safe to live on.

At a contentious meeting at City Hall, advocates and opponents voiced their opinions on the plan while agreeing that the bayfront property between Marina Bay and Interstate Highway 580 should be developed. The question brought by Councilmen Demnlus Johnson and Nat Bates was whether to defer to the state Department of Toxic Substances Control on what kind of environmental remediation has to take place before housing and commercial real estate can be constructed.

In 2018, the City Council voted to endorse a “dig and haul” plan to remove the contaminated soil, a costly and time-consuming process requiring tens of thousands of truckloads of hazardous material to be transported off site, but the DTSC also approved a faster and cheaper option allowing developers to leave that dirt in place, put a concrete cap and other environmental mitigations in place over the contaminated ground and then build on top of them.

Developer Shopoff Realty Investments would prefer to take that route. If the faster, cheaper cleanup option goes forward, they’d like to build more than 4,000 housing units along the city’s southern waterfront in a deal that would also involve more than $50 million in funding for city programs and upgrades at a fire station and community center. Bill Shopoff started his presentation to the Council by asserting that his firm does not represent the multinational pharmaceutical corporation AstraZeneca, which is currently responsible for the site’s cleanup.

“We’re acquiring the property through a foreclosure.”

“They are a debtor on our property in default.”

But that claim was questioned by Councilman Eduardo Martinez as well as members of the public, citing the significant savings AstraZeneca would likely see under Shopoff’s plan.

Before going into public comment, attendees at the meeting selected Sherry Padgett, a cancer survivor who has been advocating for environmental cleanup at the AstraZeneca site for years, to provide a rebuttal.

Padgett focused on hazardous chemicals found in the soil and groundwater, and the adverse impacts they’ve had. She also asserted that there was insufficient evidence proving that the faster, cheaper remediation would protect the health of future residents as effectively as the dig and haul plan.

Roughly 45 people signed up to speak during public comment, the vast majority of whom urged the Council to shut down Shopoff’s plan.

“Yes, we need affordable housing, but not on a toxic site with a mediocre cleanup standard.”

“Our health is not for sale.”

There were, however, a number of speakers from unions representing the construction trades who urged the Council to move forward with Shopoff’s plan, citing a commitment from the developer to hire organized labor. At the tail end of a marathon five-hour meeting, Johnson, a freshman councilman, admitted that he was unaware of this site’s history when he and Bates placed this item on Tuesday night’s agenda.

“This is the first time I’ve ever heard that the council voted on this last year.”

He did, however, second Bates’ motion to vote on the proposal — which passed 5-2, with Melvin Willis and Eduardo Martinez casting the dissenting votes as members of the audience shouted “cowards,” “sellouts” and “shame” at the dais.

Their vote directed interim City Manager Steve Falk to negotiate a community benefit agreement with Shopoff dictating the specifics of how much funding the city will receive if the deal gets done, and for which programs.

A Capitol Corridor train struck a person trespassing on the tracks in Hayward Thursday morning, according to the transit agency....