Despite clear indications that an economic turnaround is underway, the housing market continues to lag behind the rest of the recovery.

Millions of homes remain vacant, and every month, thousands of Americans who have fallen behind on mortgage payments are being foreclosed on.

Sadly, even when homeowners are willing to deal, their bankers won’t even pick up the phone.

Of course, most people don’t have the full force of a local Occupy movement standing behind them.

The Occupy Movement in Bernal Heights has been especially active in helping homeowners avoid foreclosure.

Thanks to their support, Bernal Heights man Alberto Del Rio didn’t just get the attention of his bank, Wells Fargo. Occupy put enough pressure on them that they flew executives out from Houston to meet with him.

Del Rio’s retired parents were the victims of a predatory mortgage refinance in 2007. Today, after living in their home for nearly 40 years, the couple is facing foreclosure.

Unfortunately, the Wells Fargo execs didn’t come to town to play nice. According to Buck Bagot, an organizer for Occupy Bernal, they spent most of the 90-minute meeting trying to convince him his parents would eventually have to leave their house one way or another:

“They flew a guy here all the way from Houston to try to bully him into giving up.”

But it’s obvious to the Del Rio family and its supporters that they’ve got the banks attention.

Del Rio said he’s grateful for the support of Occupy Bernal. Channeling the spirit of the Occupy movement, he struck a confident tone and declared: 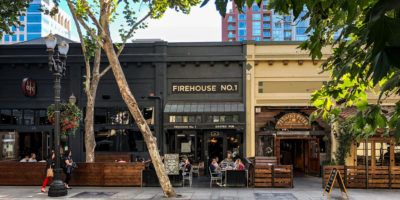 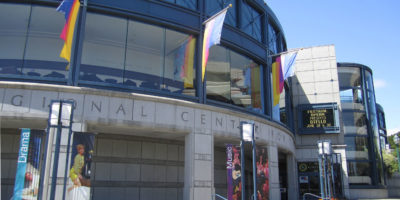 It’s pretty bad-ass when a movement forms to save a old-school bar from getting the boot.