Last May, three young filmmakers took off in a converted airport shuttle van to record a documentary about 70 of California’s State Parks that are due to close this month under budget cuts.

The result: The First 70, a 30-minute film that artfully strings together stories from park rangers and volunteers with the hard ecological and socio-economic facts.

In May 2011, California made the startling announcement that they would need to close a quarter of their 279 state parks by July 2012 in order to save $22 million over two fiscal years.

When filmmakers and outdoor enthusiasts Jarratt Moody and Lauren Valentino heard the news of the park closures, they knew they had to do something about it. Valentino told Red Flag Magazine:

“To get away on weekends, we explored the public lands outside the city. A ton of parks in the Bay Area are getting closed, so residents there are particularly affected. It’s unbelievable — if you’re a resident here and see that list, it’s hard not to feel like you’re getting something taken away from you.”

Six weeks after California made the announcement, Valentino and Moody piled into their friend Corey Brown’s converted airport shuttle, and set of to film the dozens of parks that would soon be off-limits to visitors.

With Valentino as producer and the other two as cameramen, the team traversed the state in Brown’s vegetable oil-powered van to produce The First 70.  Spending four months traveling and visiting an average of two parks a day, the team spent their own money trying to cover the issue first-hand and filming stunning views in each of the blacklisted parks.

Valentino and Moody said they wanted to use the film to raise awareness about how the park closures may be imminent but not necessary. Valentino said:

“We thought as we filmed that we might change our perspective and come to understand that this was some sort of shared sacrifice for Californians that would benefit the state.  But as we learned more about it, it became clear that money would not be saved, which totally negated the rationale of closing the Parks.”

Moody explained that the $22 million a year saved by the state doesn’t take into account money earned by the local economies. With the average park visitor spending $42 per day in taxable revenue on things like gas and groceries, several counties will be hard hit by the park closures.

For instance, Mendocino County is one of six counties which had all of their parks threatened. They rely heavily on the income they receive from tourists and park visitors.

Moody said that The First 70 is a way to get people talking about ways to raise money and take action. Moody added:

“Nonprofits are overwhelmed by the idea of taking over operations in these parks, so ideally they want to find ways to raise the money to be able to keep the same people who used to be in charge.”

The 70 parks were slated to close July 1, but at least 65 of the 70 parks received a reprieve and will remain open after deals were met with various non-profits and local governments. This is only a short-term solution, though, and it isn’t known how long these groups will be able to keep the parks open.

“We have re-energized the people who love parks, and they are stepping up and contributing to parks in all sorts of ways.”

The First 70 was officially released on April 22 (Earth Day) and is currently being screened in various cities across the country. PBS will also air the film from June through September throughout California and possibly in Oregon and Washington. All donations raised through the screenings are directed to local park foundations. 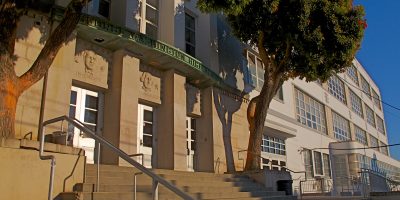 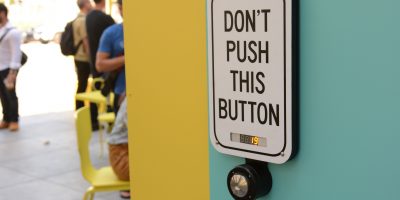