The 49ers should be relieved they won’t have to make a trip to Revis Island this season after all.

After a tough loss in Minnesota, the 49ers will accept all the breaks they can get. With Revis out, Antonio Cromartie becomes the Jets No. 1 cornerback and will line up opposite 49ers wide receiver Michael Crabtree. Former first-rounder Kyle Wilson will move into the Jets’ starting lineup as the No. 2 corner.

According ESPN’s Sam Monson, Revis was so good that the Jets were able to leave him one-on-one with the other team’s best receiver and allow linebackers and safeties to drift to the other side of the field.

With Cromartie, that might not be such a good idea. Also, Cromartie is vulnerable to giving up big plays, so the 49ers may want to think about targeting the veteran Cromartie.

It’s a huge loss for the Jets. Revis is the leader of their defense. He is their Patrick Willis.

Despite the fact he probably wouldn’t have lined up against Revis, 49ers wide receiver Randy Moss was “disappointed” when he heard the news:

Randy Moss, Vernon Davis both very disappointed Jets CB Revis is out for the year. "I want to compete with the best," Davis said.

Speaking of Willis, coach Jim Harbaugh had some good news concerning Willis’ ankle when he spoke at a press conference today:

Harbaugh said X-rays on Willis (ankle) and Sopoaga (knee) turned out well. He did not elaborate but both are walking without limps. 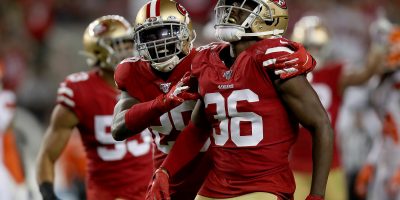 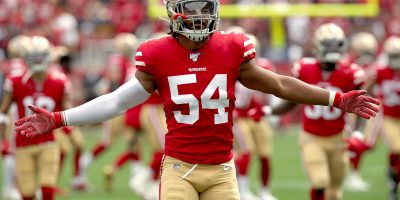