The A’s just don’t give up, no matter the circumstances.  They did it again in game No. 162 Wednesday afternoon, and for the first and only time this season — when it matters — hold sole possession of first place.

That means the Oakland A’s are your 2012 American League West Champions!

Oakland overcame a 5-1 deficit to score six runs in the fourth inning and 11 straight runs overall going on to sweep the Rangers 12-5 to claim the top spot in the division.

After the game, A’s manager Bob Melvin was looking forward, not back:

“… we’re in the postseason now and the slate is clean and we have to go out there and play with the same intensity. Just because we’re in this position right now doesn’t mean you deem this a complete success.  We have a lot more work to do.”

Now the A’s will face the AL Central champions Detroit Tigers beginning on Saturday night in the Motor City the first two games of the American League Division Series.

The A’s will host the Tigers for games three, four and five  if necessary.

Brandon Moss started the key rally in the bottom of the fourth with a leadoff walk. Josh Reddick doubled him home. After an RBI single from Seth Smith, Coco Crisp came through again. This time batting right-handed, a double down the right-field line to score two more runs to tie the game.

Yoenis Cespedes hit a high fly ball that should have been the third out of the inning. Instead, center fielder Josh Hamilton non-chalantly jogged in on the ball — and dropped it — allowing two runs to score.The A’s never looked back after that.  Derek Norris with an RBI single in the fifth.

Leading by three runs in the eighth, the A’s put the game away scoring four more runs. Norris got it started with a home run.  Then Moss delivered the finishing blow. He singled to right with the bases loaded scoring all three runs, the third as a result of a fielding error by right fielder Nelson Cruz.

Norris told SFBay everybody just did their job:

“Nobody tries to do anything more or nobody does anything less. Just whatever your tools are that you bring to the table is what everybody does here.  Whether it’s coming in the seventh inning when we’re tied and holding them to no runs or it’s getting a save.  Whatever it is, everybody knows their role and just does it.”

One unsung hero was reliever Evan Scribner, who came in relief of A.J. Griffin who — finally — had an off-game. Griffin lasted only 2-2/3 innings, giving up seven hits and five runs.Scribner, though, was clutch, pitching three innings giving up only two hits and had two strikeouts.

The late inning trio of Ryan Cook, Sean Doolittle, and Grant Balfour closed it out as the A’s bullpen shut the door again.  The five relievers gave up just four hits, striking out eight.

Balfour had pitched in five straight games, but he told SFBay he was determined to be the last man standing on that mound:

“I wanted to be in that game. I didn’t care if it was up by 10, up by one. I wanted the ball. I went to bed last night and I dreamed about being on the mound jumping up and down and watching everyone run out of the dugout and that’s what happened.” 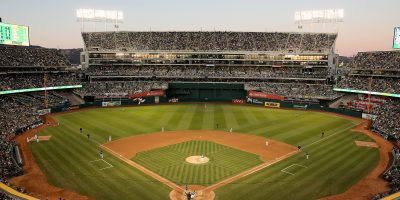 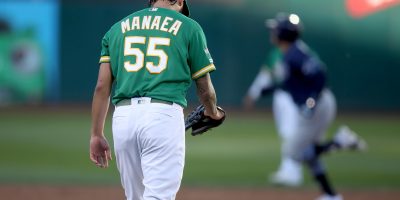