Not long after Miami Dolphins offensive tackle Jonathan Martin left the team and guard Richie Incognito was suspended, the south Florida locker room was told to be careful while speaking with the media.

On the following day, some players took a stance that was a 180-degree turn from much of the general public‘s opinion.

Hazing at varying levels is common in all sports, and the NFL is no exception. It might be taping a rookie to the goal posts, or as the Golden State Warriors recently did, made their newest youngster wear a “Hello Kitty“ backpack.

But the issues in the Dolphins locker room are twisted, unsettling and even confusing.

A story with more than three sides, players and coaches across the league have all voiced varying opinions. A second round pick in the 2012 NFL draft and Stanford graduate, Martin has engaged the country in a conversation that might change the football landscape forever.

Raiders linebacker Kevin Burnett was asked on Halloween if rookie Sio Moore had been on the receiving end of any pranks, to which he responded by acting as if the reporter spoiled one that was in the making.

On the bench across from Burnett and next to Moore’s locker, linebacker Nick Roach said:

In the case or Roach and his teammate Moore, the potential pranks have seemed innocent and harmless.

Tapes of Incognito using racial slurs and threatening comments, though, have made almost the entire country cognizant of the Miami tandem, and started a conversation on what hazing is, and how far things normally go.

Raiders offensive coordinator Greg Olson, who coached Incognito in St. Louis when he was a rookie, has spoken with quarterback Terrelle Pryor about leadership and maintaining a healthy locker room.

Pryor, who has apparently been working on all aspects of being an NFL quarterback, has stopped fights between teammates in the past and has shown good common sense in the locker room.

During his weekly press conference, Olson broached the subject:

“In leadership, you have to earn respect from your teammates on how you prepare and also how you play. … Everybody from coaches to management to teammates, they understand that everyone is listening to them in the locker room and they have to be aware of everything they’re saying and how they’re acting.”

Incognito’s veteran status may have made him a team leader, but he seems to have been entirely unaware of the things he was doing — or perhaps hyper-aware.

The story has taken daily turns, but on earlier this week, the Dolphins locker room sided with Incognito and questioned Martin — who isn’t a rookie.

Ryan Tannehill, Miami’s starting quarterback, was one of those people. He said:

“If you asked Jonathan Martin who his best friend is on this team two weeks ago, he’d say Richie Incognito. It’s tough for us to sit here and hear all that when we have each others’ backs.”

In a voicemail, Incognito used racial slurs and told Martin that he was going to “slap his fucking mouth.” Incognito then said that he’d slap his mother and ended the message by saying:

It’s no secret that men, locker room or not, like to talk mess to each other. It’s something they do for fun and rarely is there any negative sentiment behind it. Women also take part, though usually to a lesser extent.

But many argue Incognito went too far.

Several ESPN analysts have called Incognito a racist following the release of the voicemail, something that may be difficult to argue against.

“I think it’s sad. Nobody wins in this situation, not the players, not the team, not the organization. … I believe some things were taken out of context, I hope that’s the case.”

Not everyone is sold.

“As far as that situation, there’s only one thing I can intelligently comment on and that’s knowing Jonathan Martin. I know him to be a fine person and his family. [Martin was a] great contributor as a student and an athlete at Stanford, epitomizes the student-athlete model and a personal friend. I support Jonathan.”

Martin’s newly hired lawyer, David Cornwell, issued a statement Thursday that signals that the events in the Miami locker room may be far from resolved. In the statement, he said:

“Jonathan Martin’s toughness is not at issue. Jonathan has started every game with the Miami Dolphins since he was drafted in 2012. At Stanford, he was the anchor for Jim Harbaugh‘s ‘smash mouth’ brand of football and he protected Andrew Luck‘s blind side.”

Cornwell continued, opining that the “hazing” that went on with Martin were much more than anything typical of an NFL locker room:

“Jonathan endured harassment that went far beyond the traditional locker room hazing. … For the entire season-and-a-half that he was with the Dolphins, he attempted to befriend the same teammates who subjected him to the abuse with the hope that doing so would end the harassment. … Beyond the well-publicized voice mail with its racial epithet, Jonathan endured a malicious physical attack on him by a teammate, and daily vulgar comments such as the quote at the bottom. These facts are not in dispute.”

A day before Halloween, Fox Sports’ Jay Glazer reported that Martin had checked into a treatment facility for depression. But on the following evening, Martin posted on his Facebook page:

It was the first twist in a maze of events that has yet to fully unfold. The NFL Players Association, as well as the league itself, have both begun investigations and have not announced any findings.

Nobody knows what punishment the league could — or would — dole out. Yet despite countless uncertainties, one thing remains clearer than Swarovski stemware: The NFL careers of both Incognito and Martin could be in their last days.

Being the sport that it is, football relies on its reputation equally as much as its players. Those alpha-male, type-A personalities help to garner an international audience, even attract women who might not know a thing about the game, but watch it for eye candy.

One of football’s greatest minds, Vince Lombardi, stressed the importance of both mental and physical toughness. One famous quote goes like this:

Jonathan Martin is currently being viewed by many as a quitter. Unfortunately for him and others, Incognito also failed to realize when quitting could have actually won something.

’12 Years a Slave’ shines through the pain 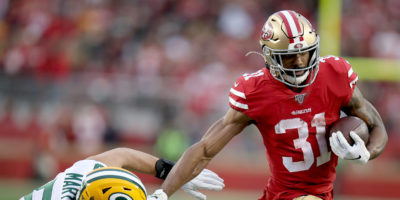 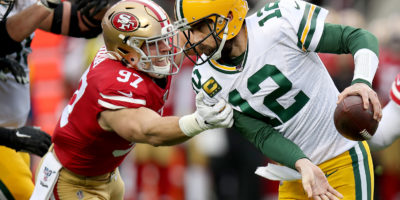 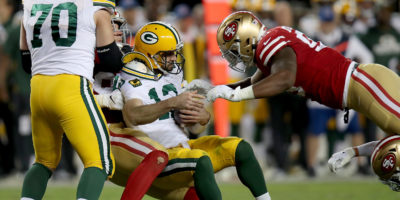