Fare hikes, increases in transit service and the extension of a program to give free Muni Fast Passes for low-income youth are just some of the proposals the San Francisco Municipal Transportation Agency has proposed in its budget over the next two years.

Unlike previous years, the agency has a projected surplus of $22.2 million for the upcoming fiscal year and $15 million in the following year.

Included in the budget is a 25-cent increase of Muni cash fares for adults, seniors/disabled and youth.

Despite having extra cash on hand, the SFMTA board is reviewing projects and programs it wants to fund over the next two years that were not included in the preliminary budget numbers.

A pilot that gave free Muni Fast Passes for low-income youth between the ages of 5 and 17 in the City will end in June. Advocates of the program are calling upon the SFMTA to extend the program and to include students who are 18 years old.

Extending the program would cost $2.7 million this year and $2.8 million the next year.

If the program included 18-year old low-income students, the cost would be $3.6 million this year and $3.7 million the following year.

Teresa Almaguer, a youth coordinator at PODER, a grassroots organization that focuses on issues facing low-income communities, said she’s in favor of extending to the program to 18-year old students:

“A lot of 18 year olds in our program they turn 18 in January or February … and then they get on the bus and it doesn’t work anymore. But they’re still in high school, they’re not working full-time, their situation hasn’t changed.”

The transit agency is also looking at increasing Muni service by five percent this year and next year. It would be an additional $32.7 million annual cost to the SFMTA’s budget this year and $59 million the next year.

Sonali Bose, chief financial officer for the SFMTA, presented several revenue proposals to the board, which included a premium fare for single rides on the historic F-Market & Wharves streetcars and premium fares during peak periods on express and limited bus lines.

One of the proposals is to charge $6 for single rides on the F-line. The new fare would bring in $4.9 million in new revenue.

Another idea being floated around is to require riders with the Muni-only monthly pass to pay the full cash fare during peak period express service.

Also not included in the budget yet is a possible increase in labor costs. Labor negotiations will be ongoing as the transit agency’s hashes out its budget. A labor contract will most likely not be finalized until after the SFMTA board adopts its budget in April, said Ed Reiskin, director of transportation.

The SFMTA board will also be considering eliminating Sunday parking meter enforcement.

Mayor Ed Lee said at his State of the City address that it was time to stop “nickel and diming people at the meter” and requested the transit agency to eliminate Sunday enforcement. The SFMTA estimates it would lose $9.6 million in revenue each year.

Tuesday’s board meeting was the first opportunity for the public to comment on the preliminary budget. A second public hearing will be held on the board’s March 4 meeting. The transit agency is also planning budget town hall meetings for those who cannot attend the board meetings.

The SFMTA board plans to adopt its budget in April. The board must submit its budget to the Mayor and Board of Supervisors by May 1. 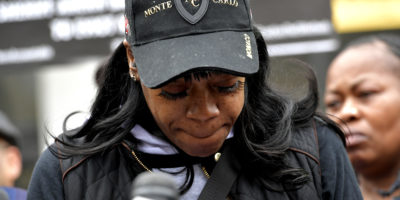 Google on Wednesday ramped up its drive to build out super-fast Internet access in the United States.