Depending on how the next few decades unfold, people will look back at Transcendence as a prophetic or surreal piece of filmmaking.

The safe bet is on the latter, considering Wally Pfister’s directorial debut envisions a future in which an omniscient machine (voiced by Johnny Depp) has the power to radically alter the universe.

As partners in science and life, Will (Depp) and Evelyn Caster (Rebecca Hall) are the vanguards for artificial intelligence.

Both ambitious and brilliant, the two have made significant headway in creating a sentient machine able to communicate and interact with human beings.

The machine’s intellectual and analytical power would quickly become, as Caster claims, “greater than the collective intelligence of every person in the history of the world.”

Transcendence takes a left turn when Will is unexpectedly shot with a radiation-laced bullet — leaving him with three weeks to live.

Despondent about the inevitable death of her husband, Evelyn uploads the contents of Will’s brain onto this device before he perishes. Her success in creating this amalgamation of machine and man allows Evelyn to hold onto her lover for a little longer.

Of course, we see what Evelyn truly clasps to is a mere shadow of her husband. The idea of digital immortality — where one’s life can be elongated pending circumstance and technology — is where Transcendence peaks.

Whether Evelyn chooses to accept reality or not, Will is gone. What has replaced him is a semiconscious, autonomous machine with an insatiable appetite for power and control.

Despite the warnings of friend and colleague Max Waters (Paul Bettany), Evelyn lets Will’s computerized existence blind her from the machine’s potential danger.

Transcendence is very much a film grounded in the now. With technology evolving at a rapid rate, the prospect of artificial intelligence is no longer an idea exclusive to science-fiction movies.

Look no further than the developments made by Elon Musk and Mark Zuckerberg, two forward-thinking billionaires who recently invested $40 million in an artificial intelligence company.

The issue with Jack Paglen’s script is not modernity, but absurdity. I imagine the future to look wildly different from the world we currently inhabit, but I can’t imagine it resembling anything depicted in Transcendence.

Paglen’s script often wanders into lurid fantasies. The activation of a conscious machine wouldn’t be done without serious consideration, and that the existence of civilization is predicated on the whims of a distressed widow is immeasurably silly as well.

Pfister, who religiously served as Christopher Nolan’s director of photography on every picture since Memento, lacks many of the gifts his mentor possesses.

Chief among them is worldbuilding. Nolan has the ability to capture, explore and lay out a milieu unlike most contemporary filmmakers.

Considering the vastness of what Transcendence proposes, the movie feels awfully insular. The sentient machine at the center of the film would astronomically change the world — and yet Pfister and Paglen choose to focus on the mundane details of a decaying romance.

At the end of the day, the only matter more mystifying than the construction of Transcendence, is what the movie attempts to articulate.

In the few moments where the film’s intelligence and ambition is perceptible, there’s a very distinguishable sense of fear.

Having doubts and fears about what the future holds is understandable. But Transcendence and its characters are not grappling with the future, they’re rejecting it. And that’s more harmful than what any sentient machine can create. 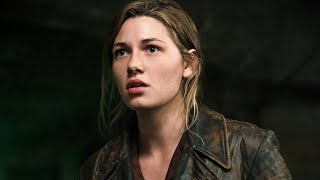 San Jose played great defense but failed to create chances in a 0-0 draw against Colorado.