SFMTA spokesman Paul Rose said that the program would help remove cars off the road as The City continues to grow:

“Every car-share vehicle in the program could remove approximately 10 cars off the road. This program will allow the city to continue to grow while still giving people access to a car when they need it.”

Rose said there was no official date yet when the parking spots will be converted but said the pilot will launch sometime this summer.

The conversion of these spaces is part of two-year pilot approved by the board last July that reserves up to 900 out of the total 275,500 on-street parking spaces in The City for car-sharing companies.

So far the three companies have requested a total of 450 parking spaces.

Each car-sharing company will pay a monthly permit fee for each to space to the SFMTA. Fees could range from $50 to $225 depending on the location of the parking space, according to the transit agency.

Companies will also have to abide by certain regulations in the pilot, including making vehicles available for customers 75 percent of the time and charging hourly rates. Each company must have at least 15 percent of their spaces in the outer parts of The City.

The companies must also provide various data information to the SFMTA so the transit agency can determine if it should make the program permanent.

A SFMTA engineering public hearing was held last month for the public to voice any concerns regarding the 41 spaces up for approval. Most concerns were about the scarcity of on-street public parking spaces in neighborhoods where spaces would be converted, and also whether the car-sharing services would be well-utilized, according to SFMTA documents.

Five proposals consisting of six locations were held back after feedback from the public hearing and email testimony.

City CarShare CEO Rick Hutchinson said the pilot program will have many benefits for car-share users and for The City:

“The program is designed to make car-sharing more accessible and beneficial to everyone, which in turn, eases congestion and the burden of expensive car ownership, and lessens air pollution.”

View this document on Scribd 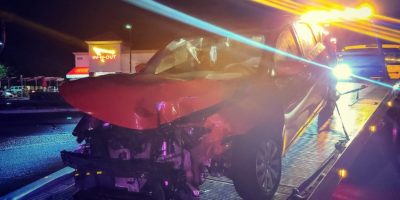 One of the alleged proprietors of a sex listings website charged with facilitating prostitution and money laundering skipped his court...