ALAMEDA — Raiders linebacker Sio Moore finished his 2013 rookie season as one of the top outside linebackers in the league. After being carted off with a neck injury during Oakland’s third preseason game August 22, and an ankle injury sustained in week one of the regular season, Moore has been absent from much action.

That’s about to change, and with good timing too, as starting linebacker Nick Roach was placed on injured reserve with continuing concussion symptoms that have lasted since the preseason.

Roach finished his 2013 season with five and a half sacks and another 83 tackles. Without Roach, the Raiders run defense has been the second worst in the NFL, and something Moore could help out with.

One of the biggest assets the Raiders have on defense, Moore touched on the seriousness of injuries in the NFL. They’re scary sometimes, as was the case with his neck injury.

He accepts the risks involved, and recounted his newfound obsession with the show Spartacus and the gladiator mentality. His mom gave him a phone call as Moore was leaving the Wisconsin hospital in late August, expressing concern for her son.

Moore said reminded his mom reminded him he’s not six anymore, though the sentiment was well received:

“You only get one mother.”

For the Raiders, they only get one linebacker with five career sacks and 52 tackles.

The announcement is yet to come, but Moore has practiced two straight days, albeit on a limited basis, and has shown no signs of hindrance.

The 0-4 Raiders, who haven’t won a game since November 10 of last year, desperately need him back in the lineup — especially with a tight end like San Diego’s Antonio Gates ready to run up the score if left uncovered.

Second year cornerback D.J. Hayden is set to return to practice during Week 7, and stands a chance to play that week also as the Raiders host the Cardinals.

Hayden, the first round draft selection for the Raiders in 2013, hasn’t played a game since November 3 of that same year. If he comes back for Week 7, Hayden will have missed 13 games, just weeks shy of a full year.

Hayden sustained a sports hernia against the Philadelphia Eagles in Week 9 of 2013 before a serious ankle injury during organized team activities kept him out of training camp.

The team was counting on Hayden’s health and ability during the offseason, signing only Carlos Rogers and Tarell Brown, though they did draft three defensive backs in 2014. Head coach Tony Sparano said:

“We expect to see D.J. next week in practice.Again, with his treatment right now, the way that everything has been going right now, D.J. has done a tremendous job that way and our trainers have done a really good job of that right now, so that’s part of the plan as we speak right now, so we’ll see what the timetable is when we get him out there. Obviously, we have a couple weeks there to make a decision.”

Once Hayden returns to practice, the team has three weeks to elevate him to the active roster. There is nothing to suggest Hayden would be physically unable to perform in a game, though there is reason to wonder whether he could get fully up to speed in one week worth of practice.

The return of Hayden should be a big push to a defensive unit decimated by injuries to all three starting linebackers, along with starting safety Tyvon Branch, who was placed on injured reserve after a foot injury forced him out of a close game in New England.

Chance to shine for rookie class

The injuries to Branch and Hayden have opened the door for the three rookie defensive backs taken in this year’s draft to step into the spotlight. To date, nobody has been able to capture any magic, though the earliest of them drafted, Keith McGill, was taken in the fourth round and the other two, T.J. Carrie and Jonathan Dowling, selected in the seventh.

With an interim head coach and injuries, there remains an opportunities for the rookie class to continue bearing fruit. All three players were thought of as developmental projects, but so was Richard Sherman when he was selected in the fifth round of 2011’s draft.

The next two home games, Sunday against the Chiefs and October 19 against the Arizona Cardinals, are the times to step it up. 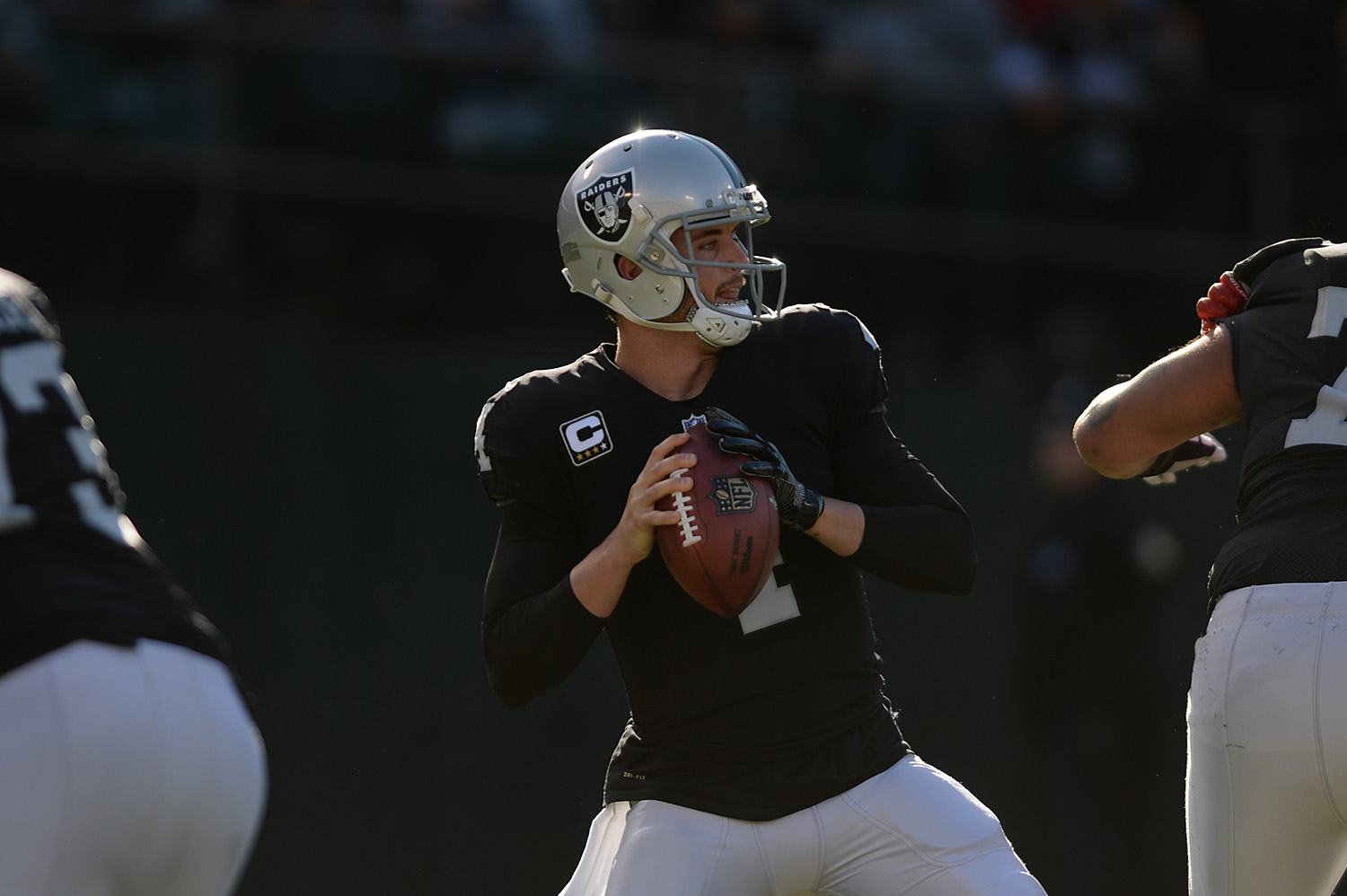