The introduction of badass old men in bloody and violent action movies is seemingly never-ending, just like young adult and superhero movies.

But Denzel Washington still kills it, even if the surrounding film isn’t on par with his performance.

Directed by Antoine Fuqua (Training Day, The Magnificent Seven), The Equalizer 2 stars Denzel Washington, Pedro Pascal, Melissa Leo, Bill Pullman, Ashton Sanders and Orson Bean. Denzel returns as retired CIA Black Ops operative Robert McCall. He learns his longtime friend Susan Plummer, played by Leo, has been murdered at the hands of a group responsible for a string of killings closely related to the organization McCall worked for. As the vigilante that he is, McCall must track down, punish and kill whoever is responsible for the murder.

Since Training Day, I’ve looked forward to projects involving both Fuqua and Washington. Even the mixed bag that was The Magnificent Seven remake was entertaining and had moments to let each cast member shine. But there is only so much one can do with only one star pulling a franchise forward.

Though I like Washington as a retired Black Ops operative playing vigilante, the story is hardly compelling enough, with awkward pacing and unnecessary storylines that stretch the film longer than it should be.

The Equalizer 2 is already just a hair over two hours long. This type of film, especially as a sequel to an action original that did just fine critically, should be straight to the point. A couple more readthroughs and edits by screenwriter Richard Wenk could have shaved this long-as-hell action movie to a neat addition to the Equalizer franchise.

As is, The Equalizer 2 is a forgettable tale of revenge that takes too long to even start and leaps from boring exposition to heavy shootouts featuring gore and broken bones.

The first third of this film is basically a set-up of what McCall is doing after he decided to — spoiler alert — survive his death and live in secrecy at the end of the first movie; he is doing good deeds by way of violent methods.

Like any good assassin/spy, he goes to great lengths to give the bad guy the choice to change. If they choose not to change, they get a beating.

The set-up in The Equalizer 2 even sets up characters that, in retrospect, give no value to the overall plot. For example, McCall befriends an old man in a nursing home who talks to him about trying to retrieve a World War II painting of his sister. By the end, guess what happens?

There is no point in building this friendship besides emotional necessity. The movie is telling the audience that because he cares for this old man, we should too. But I completely forgot about him throughout the movie when McCall was basically hunting down the ones who killed Plummer.

A handful of unique storylines could make for a good rebooted television show. The Equalizer TV show in the late 1980s could definitely use a reigniting, especially with how popular 1980s nostalgia is at the moment.

Useless characters are just part of the issues that The Equalizer 2 carries on its back. Time often doesn’t make sense in scenes. When a character gets shot in the leg, they are put down and rested so they don’t bleed out. Then, 10 or 15 seconds later, the same character walks back on screen, and says they aren’t bleeding out anymore.

Time lapses and patches of heavy action create a sense of disorientation. But what Fuqua does well is action. The intense hand-to-hand combat and gun violence scattered during the long running time made the trip bearable. Notably, it is Washington performing the gruesome acts and emotional scenes that kept my attention.

As far as ‘older middle-aged men seeking revenge’ plots go, I will always bet my money on Keanu Reeves in the John Wick series to be competent both with its story and characters. Luckily for Reeves, he has the fascinating Continental Hotel to always insert interesting characters at the screenwriter’s disposal.

Washington does not have this luxury.

If Fuqua wants to continue this franchise, my suggestion is to give his directing power to HBO or Showtime. He’ll be able to indulge in his gritty and revenge-filled rampages while maintaining a continuous character arch, unlike the anything we can get in theaters.

With that, my vote for the next old rebel that should get a movie in which they kick major ass is either Ed Harris or Stephen Lang. 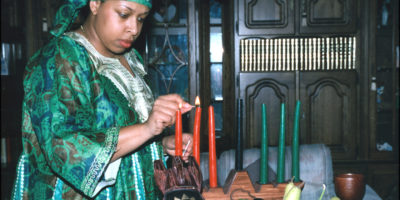 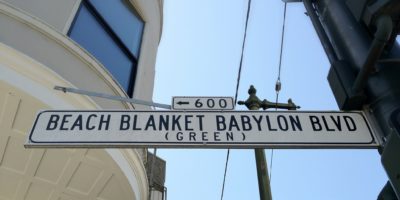 The Athletics steamed into the All-Star break, riding a league-best 21-6 record. But they sputtered out of it Friday night.