Skip and Scoot will join the transit agency’s one-year pilot where each company will be able to put 625 scooters onto city streets for a total of 1,250 scooters available to rent for the first six months of the pilot program.

But, electric scooters are not quite ready to again hit the streets.

Tom Maguire, the SFMTA’s sustainable streets director said, the transit agency plans to issue the permits to each company no later than Oct. 15. Then, companies can begin launching their scooters.

Maguire said about the evaluation process:

“The key thing that we tried to uphold throughout this process has been our expectation that private sector companies that operate in the public right-of-way need to serve the public interest.”

At the end of May, the transit agency made available applications for companies interested in applying for a permit after the SFMTA Board of Directors approved a pilot program. Prior to the approval, the San Francisco Board of Supervisors approved legislation that made it illegal for companies to operate scooters on city streets without a permit from the SFMTA.

The legislation temporary halted companies like Lime, Spin and Bird, who had already begun launching scooters throughout The City back in March.

Maguire said during the time scooters were on city streets, The City’s 311 system logged more than 1,800 complaints about users riding the scooter on the sidewalk and reports of scooters blocking the right-of-way.

Of the two companies approved, Miriam Sorell, a senior transportation planner for the SFMTA, said Scoot and Spin addressed those safety concerns to the transit agency’s satisfaction.

Staff working on the pilot program along with Maguire and SFMTA Director of Transportation Ed Reiskin, were part of the evaluation team.

Each company received either a “strong,” “fair,” or “poor” rating from the SFMTA staff depending on each company’s answer to each section of the evaluation.

Scoot might sound familiar because they already provide a shared moped service in The City under a separate permit program with the SFMTA.

Sorell said Scoot will mandate users to watch a safety video before taking any scooter for a ride.

Another issue SFMTA staff evaluated was how companies would address scooters blocking the right-of-way for pedestrians and people with disabilities.

Both companies said they are working on a locking mechanism where the scooter would lock onto something. It would similar to that of a dockless bike where the bike locks onto a bike rack.

Skip scooters will also have detection mechanism for when scooters are knocked over and are working on having users provide proof of parking correctly by taking a photo.

The SFMTA also wanted to make sure companies place concerns in areas beyond the downtown core of The City.

Skip said they would place 80 percent of the scooters in the northeastern part of The City and 20 percent in southeastern quadrant, which received a “strong” rating from the transit agency. Scooters from Skip would be available from 6:30 a.m. to 8:30 p.m.

Scoot said they would deploy scooters in the Haight, Mission, northern Portreo Hill, Dogpatch, portions of Bayview and Fisherman’s Wharf. The company said they would also work to rebalance scooters and that scooters would be available 24 hours a day, seven days a week.

“These companies demonstrated the highest level of commitment to our city’s values to prioritizing public safety, promoting equity as well as accountability and of course safe guarding our shared public spaces.”

Jamie Parks, the SFMTA’s livable streets director, said the next steps will be to give permits to both Skip and Scoot and begin the evaluation process.

Both companies, though, will have to resubmit community engagement and outreach plans because the SFMTA felt the outreach plans from both companies failed to meet the “high expectations” that allows everyone to participate in the pilot program even if a person does not use the scooter.

Skip proposed an advisory board to address community concerns that would be attended by the CEO and members of the company’s board of directors. The SFMTA rated the idea as “strong.”

Staff will look at the demand of scooters, how and where they people are using the scooters and compliance with safety and assessing the impact of scooters on the sidewalk as part of the evaluation.

Depending on what comes out of the six-month report, the SFMTA may increase the total of scooters available for rental to 2,000.

At the end of 12-month pilot program, it would be up to the SFMTA Board of Directors on whether to make the program permanent.

The results of the evaluation for each company that applied for the permit program can be found online at the SFMTA’s website along with approval and denial letters.

Three companies who decided to launch its scooters prior to any legislation or permit program where left out of the SFMTA Shared Powered Scooter Pilot program.

Lime was the first company to bring out its scooters on city streets during St. Patrick’s weekend in March and then began to blanket The City with scooters. Weeks later, competitors Spin and Bird sent its fleet of scooters onto city streets.

This upset city officials knowing that The City was working on legislation and a permit program.

Complaints began rolling into The City’s 311 system with people riding on the sidewalk, which is illegal to do, and leaving the scooters pretty much anywhere.

The demise of the three scooter companies rests on a number of things, including insufficient plans on safety, equity and most importantly, past behavior, according to rejection letters sent out to each company that outlines why the company did not receive a permit.

In the denial letter for Bird, the SFMTA wrote that while the company has experience operating a shared scooter service, the transit agency wrote they looked at past violations, including the San Francisco Department of Public Works impounding 169 improperly parked scooters.

The SFMTA wrote similar statements to both Lime and Spin as one of the reasons why the companies are not receving a permit. In fact, Public Works impounded scooters from both LIme and Spin as well.

Lime also scored poorly with safety by not requiring a driver’s license to operate a scooter and only providing helmets during free giveaway events.

The SFMTA said Lime’s decision to not require a driver’s license to operate a scooter could result to an underage person renting the scooter.

Transit staff also did not like the companies using independent contractors to charge and do maintenance on the scooters, which could “compromise safety and reliability.”

Any of the 10 companies denied a permit can request a review of the SFMTA decision within 15 business days from the date of notice of the denial letter. A hearing officer then would be assigned to make a final decision.

The other companies denied a permit were HOPR, JUMP, Lyft, Ofo, Razor, Ridercell and UScooters. 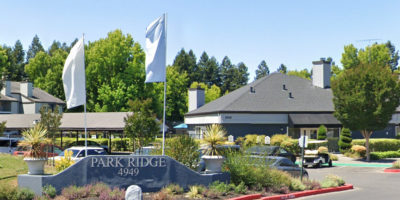 The Giants are reported to have dealt right fielder Andrew McCutchen to the New York Yankees Thursday night in exchange...