Men, hand in hand, formed a circle in the center of a yellow painted room in the Sargent Johnson Gallery of the Fillmore’s African American Art and Culture Complex. They stood in silence, only there to listen to the gods, the deities gracing their presence Thursday night.

Shelby Baizar, also known as OHMi, entered the circle — and she spoke:

“Reciprocity. It is the purpose of exchanging things with others for mutual benefits, so I ask you where is the love for the Black [women] who carry targets and movements on their backs? The [women] who have always known that Black lives matter, who leap into action when the blood of Black men splatter? How easy is it to forget a Black woman’s strength? … What would it take for you to value a Black woman’s life, to remember that we are respected as mother, brother, sister, friend, wife. Why do I have to beg you to mourn for us, wasn’t the word pushed from my hips?  How many times over do I have to die to stop this violence for you to break your silence … We cannot keep dying in vain…”

Shelby Baizar, also known as OHMi, recites her poem inside a circle formed by men in the Sargent Johnson Gallery of the African American Art and Culture Complex in San Francisco, Calif., on Thursday, Sept 20, 2018.

Her spellbinding words, a piercing yet rhythmic tune, resonated in the quiet space. Only her voice was heard, only her voice mattered — she is god, giving her commands to the men in the room, who stood there, offering the circle as a safe space for Baizar and other women to speak.

“We as Black women don’t usually get an opportunity to say how we feel without rebuttal or without the defense of Black men, so I wanted to go inside the circle because it was a safe space for me to say what needs to be said.”

The men slightly nodded their heads up and down, their faces frozen in a monotonous gaze as if absorbing, acknowledging and reflecting the commands.

Women and men hug inside the Sargent Johnson Gallery in the African American Art and Culture Complex in San Francisco, Calif., on Thursday, Sept 20, 2018.

And so ran the theme of the Black Woman is God: Assembly of Gods exhibition’s homecoming at the African American Art Complex. In its fourth year and the first time back at the complex since its inception in 2013, the exhibition brought back a string of multimedia art that celebrates the Black female presence, challenges white, Eurocentric notions of God, and reclaims the self.

The art symbolizes what happens when Black women are free to create and show their work in a place like an art gallery; that is, Black women beyond stereotypes, left only in their natural beauty and texture that reflects their true self — god-like beings.

Reshawn Goods, also known as BushMama Africa, is responsible for the front desk visitor experience at the Culture complex and is curating the Black Woman is God exhibition of the Sargent Johnson Gallery. Goods told SFBay:

The Sargent Johnson Gallery showcased paintings. One drawn on canvas depicts a woman — a god dressed in gold. She descends from an above space, with what appears a galaxy of golden stars enveloping her.

The room focused on a mix of multimedia and also utilizes technology. There’s a screen showing “This Ain’t A Euology: A Ritual for Re-Membering” by Taja Lindley, which uses poetry, dance, the visual art, to illustrate parallels between the violent treatment of Black people and discarded materials. There is a virtual reality featuring Alice Coltrane. And, “Crowning Glory,” a piece by artist Kristine Mays, in which she used wire and hair to create a stylistic human form.

Especially hair, BushMama Africa said, represents a kind of technology with “sequential statements.” There was a dreamcatcher made out of hair, and a noose, made out of wire and hair. “Hairy Noosance,” the name of the noose hanging from the ceiling and made by artist Marnika Shelton, makes a statement about things used to kill African Americans, and how to “take it back, reclaim and repurpose it,” according to BushMama Africa.

Featured in the Hall of Culture & Activism Alley galleries on the third floor of the Culture complex, for the first time, are artworks made by men that reflect their commentary of the Black Woman is God.

Malik Seneferu, who co-curated the exhibitions in the Hall of Culture & Activism Alley galleries with William Rhodes, who is also an artist, told SFBay about the importance of men showing support for Black women:

“Upstairs is really about this effort of Black men of all walks of life coming together to lift their mothers’ up. There is this ongoing understanding that the first mother on earth happened to be  a black woman. The mother being something we depend on so much.”

The Hall of Culture is a spacious room painted in a hue of blue. The artworks there number in few, but each piece roars with authority. Two Africa continents made out of mixed media grab attention immediately in the modest room, for they’re the largest pieces there. Yet, the dimmed stage lights, shone directly on all artworks attached onto the walls, lent each piece a limelight. “A Love Supreme Part II” by John Coltrane whispered through the room. Patrons mingled and considered the artwork before them. Their chatter and occasional laughs well-fitting to the lowkey, cool ambiance of the room.

Outside, in the Activism Alley, artworks line the walls as well. Such a piece, by artist and co-curator Rhodes, features a drawn picture of his great, great, great grandmother, a runaway slave, interwoven with red thread.

“All male artists really [had the] opportunity to embrace and support Black women. And honoring the female energy, which comes from all of us through our mothers.”

But, Black female artists have not always been regarded, let alone acknowledged, in the mainstream art scene, according to BushMama Africa.

A few years back it seemed almost impossible — and to some degrees still does — for Black women to have their work shown at art galleries, according to BushMama Africa. Her and other artists were often rejected when submitting their artwork for exhibitions. They were fed up. Ultimately, BushMama Africa said she often had to show her work at underground shows.

“It allowed all of us to flourish, show our work when all we had [were] doors closed on us.”

In 2013, the Culture complex showed its first-ever iteration of the Black Woman is God exhibition. The show has since expanded to San Francisco’s SOMArts, and this year for the first time also to the East Bay.

“This is an incredible homecoming, it shows what can happen in five years. It’s beyond my own expectations and dreams, so what that lets me know is that this exhibition is creating other people to dream for me. No one person could create all of this magic, so community makes the life-blood flow, so that change is possible.

“[Look at] the transformation that black women have done both politically, socially, culturally, spiritually. And so it would make sense that we would return in some ways to the womb. And in doing so bringing Black men back with us and in creating space for them, we’re also creating the possibility of healing that leads to freedom.

Since 2017, Melorra Green and her twin sister Melonie Green are the co-executive directors of the Culture complex.

Now, BushMama Africa says, the exhibition is no longer just a show, but, rather, morphed into a movement that “explores the intersections of race and gender, dismantling racist and patriarchal notions that devalue Black women’s contributions to society.”

As the night progressed, the patrons drank wine, ate grapes, cheese and crackers. Some, after finding a random, comfortable space among the crowd, began reciting their poems — all relevant to the theme of the Black Woman is God.

Mercedes Martin (Tres Mercedes), who has been a vendor at the event for two years now, was impressed with the art displayed, saying that it’s important that people honor the ancestors and influence future generations. She described the exhibition as an “Afropunk, Met Gala” for Black people.

Dana King, a sculptor and former KPIX-TV news anchor, whose latest sculpture is shown in the Black Woman is God SoMarts’ exhibition, also made a return to the Culture complex. Her art was featured in the complex’s first exhibition in 2013.

“This is a historic building, and we’re in a city that has experienced significant gentrification, which is ongoing. And this place holds it down. It is important that it not only be here but that it be utilized and that it reflects the community — and that’s exactly what this show is.”

King believes the show reflects, in some ways, the current climate in the country. She referred to the MeToo movement for women, and how women face harassment and violence from a young age. She added that it often doesn’t matter what school women attend, what degree they achieve or what career position they obtain — they’re “hounded.”

“[This is a show] not just for women, but by women, and there is that questioning. There is that anger, there is that hurt in this show, and the beauty of it is for the women who are in the show that they get it out. They put it all out there for people to see that they are fully exposed.”

For BushMama Africa, the show also symbolizes a new beginning for the Culture complex:

“When people come [to the complex], I want them to know that they are in a space that represents our culture. I want them to see that, hear that, feel that, smell it when you come in.”

Yet, for the night, the gods were depicted and celebrated in the way they see fit. Karen Seneferu commanded the men to hug one another. Centered around an elderly man, the men formed another circle; this time, a group-hug. The women in the room, then, hugged the men, adding volume to the group-hug and enveloping the men in their embrace. 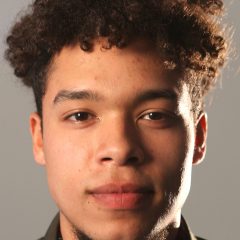 Raiders generating lots of offense, with zero wins to show for it

The San Francisco Board of Supervisors unanimously approved urban planning and transportation policy expert Amanda Eaken to The City’s transit...