San Francisco District 4 candidate Gordon Mar declared victory Thursday over his opponent Jessica Ho to represent the Sunset on the Board of Supervisors.

Mar declared victory after Ho conceded the race Thursday morning, according to her campaign office. 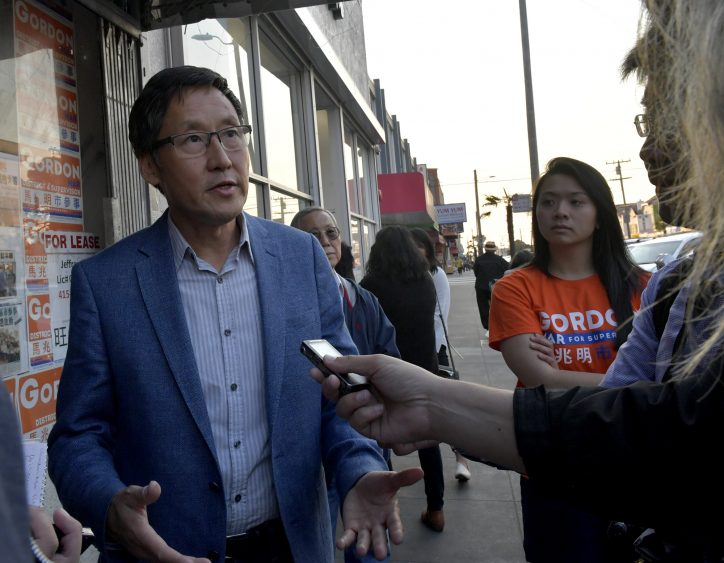 Gordon Mar speaks to reporters after he announced his victory in the District 4 supervisor race at a press conference in San Francisco, Calif., on Thursday, November 8, 2018.

Mar said in his victory speech at his campaign headquarters on Irving Street late Thursday afternoon that the win was for all residents living in the Sunset:

“We’re not declaring victory not just for me, but for us, for nurses and teachers, seniors and students, and all the working people, families and communities who call the Sunset home.”

Mar, who has a progressive track record and is currently the executive director for Jobs with Justice in San Francisco, will change the makeup of the Board of Supervisors as the progressive block of the board will now have seven members.

Mar pointed out this was one of the first open supervisor races in about 12 years. The last two supervisors, Carmen Chu, now The City’s Assessor-Recorder, and Katy Tang, the current supervisor for District 4, were all appointees by former mayors Gavin Newsom and Ed Lee.

Both Chu and Tang ran for a full term without much competition and won.

Tang this year surprisingly announced in June that she would not seek re-election and supported Ho, who currently works in her office as a legislative aide.

When Tang announced she would not seek re-election, this triggered an extra five days for candidates to submit applications.

Mar said he spent all five days contemplating running for supervisor knowing the struggles of running a campaign. Mar is the brother of Eric Mar, the former District 1 supervisor.

Third-party spending for Ho’s campaign totaled more than $660,000 while third-parties spent around $168,000 on Mar’s campaign. Mar acknowledged at his press conference how much his opponent spent trying to defeat him.

Mar told reporters that he won because of his experience in leadership and advocacy roles in The City and the Sunset:

“Pretty clearly the distinguishing factor between us is our experience. I have decades of experience and a track record of accomplishments as an advocate and leader on issues that are important to working people, families, students and seniors. She lacked that.

Mar also told reporters that one of his first priorities as supervisor is to open a City College of San Francisco satellite campus in the Sunset at A.P. Giannini Middle School.

The Sunset has L-Taraval and N-Judah Muni Metro lines running through it, and Mar has been a regular commuter on the L-Taraval for 10 years. 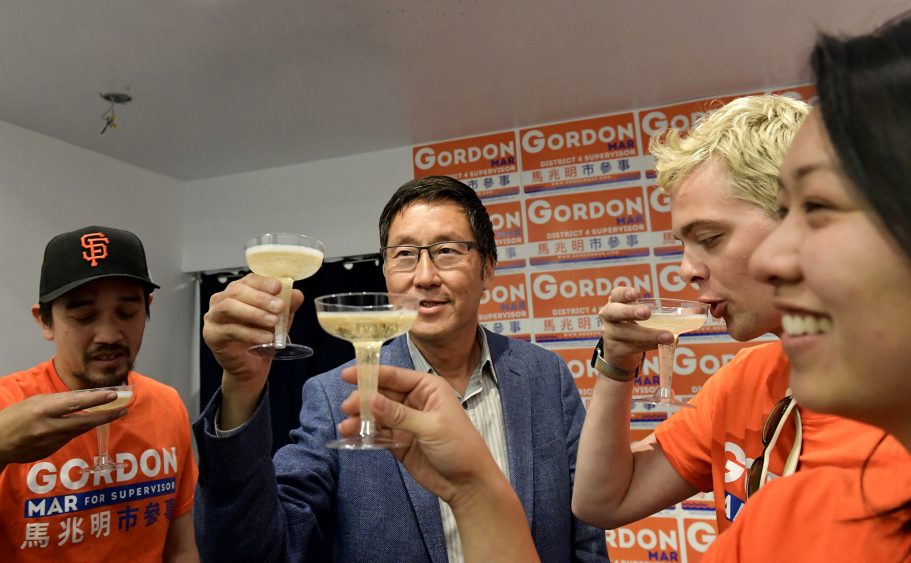 Gordon Mar, second from left, cheers champagne with his campaign staff to celebrate the victory on District 4 supervisor race in San Francisco, Calif., on Thursday, November 8, 2018.

Mar said The City needs to improve the efficiency and expand capacity on Muni and wants to see new lines in the Sunset:

“I’d also like to see new lines added as well particularly for people to get around on the north-south directions here in the Sunset District.”

While the Department of Elections are still tabulating ballots, Mar still maintains his lead over Ho. Mar has 8,009 votes and Ho has 6,289 votes when ranked-choice voting is factored in.

The department said it still has 118,000 provisional ballots to process. 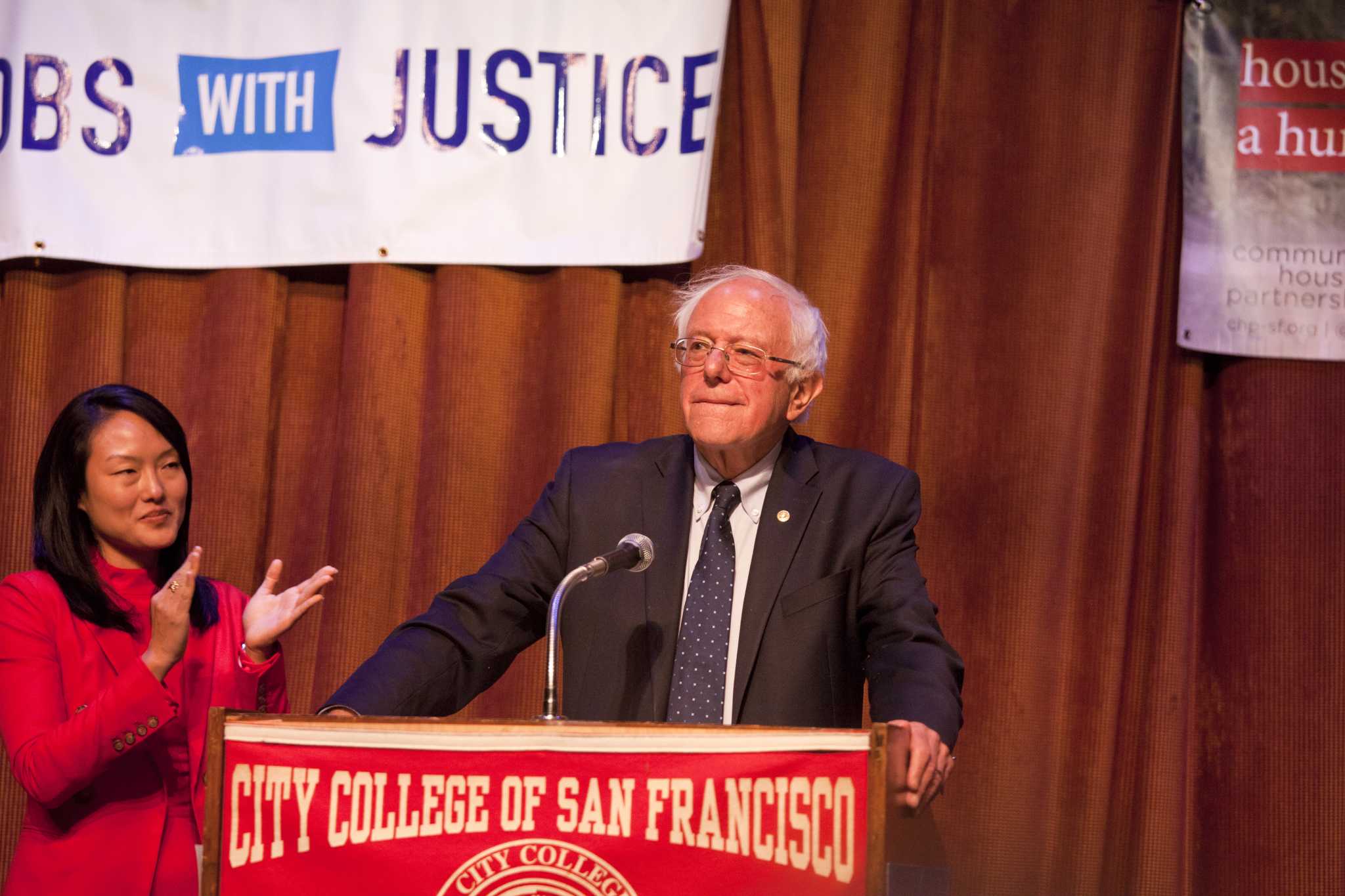