You know you’ve made it when someone can describe a movie by using your name. For example, a movie can have Tim Burton-esque qualities that make it whimsical yet macabre. You know what I’m talking about.

A baby elephant uses his newly found flying abilities, with a little help from his over-sized ears, to help a struggling, traveling circus get big business. When bought by a new venue, Dumbo and his friends discover that the new shiny home they are living in is filled with far darker secrets than they can imagine.

Another year, another live-action Disney remake is afoot, and it’s first, so far, is Dumbo, a film that begs a creative director like Burton. You would think this is true.

Dumbo is an overstretched, colorful film that’s cute and thematically dark when it needs to be. However, not even Burton’s distinguished pretense behind the camera saves the baby elephant led film from being an average hit in Disney’s filmography.

A whole 48 minutes longer than the 1941 animated original, Dumbo takes its liberties and changes some of the story to create a more grounded tone — or, at least, as close as you can get to the ground.

Burton has an edge that most emos love and Hot Topic loves to exploit; An over-the-top visual theme of death, colorful backdrops and trippy visuals bordering psychedelic.

You can see and feel Burton’s touch in Dumbo, but, only if you’re a fan  will that be the pinnacle of excitement here.

I should have expected a low bar once I saw screenwriter Ehren Kruger’s credit attached to writing the script. He is the genius behind Transformers: Revenge of the Fallen, Dark of the Moon, Age of Extinction, The Brothers Grimm and The Skeleton Key. Not the best track record, but hey, doesn’t everyone deserves a second, third, fourth and now, fifth chance?

Dumbo isn’t as groundbreaking as Kruger’s The Ring script, but it sure as hell isn’t going to knock your socks off. Kruger keeps the story and character arches to a pure minimal and mediocre level.

Nothing is truly imaginative in Dumbo’s adventure besides the villain’s Disneyland-like circus, which solely relies on Burton’s paintbrush.

Mostly, Dumbo is amplified in scope, but not much else.

Imagine owning a large, awesome and shiny chalice, but only being able to put water in it. The chalice is exciting and wonderous. The water is just water. It’s neat to be able to drink water out of this chalice, but it’d be even more awesome to drink beer out of it — root beer float, for those underage.

I’m not saying Dumbo’s original story is empty. I absolutely love the animated feature. It’s this remake that bugs me. A remake needs to be more than just adding modern special effects and popular actors to familiar roles. It needs to have the heart and soul of the original, mixed with some of that Disney magic and make the audience feel like kids seeing this for the first time again.

But just as Burton likes to explore the fun of horror through a child’s eyes, he also likes to add those big eyes to his characters. Baby Dumbo is no exception. He’s, without a doubt, one of the cutest animals to grace the screen in quite some time. Yeah, I know he isn’t real, but I dare you to look into those eyes and tell me you hate the world. You can’t!

Thankfully, Dumbo is about Dumbo and he is the best part about the movie, along with Burton’s personality as a director.

I found myself bored with the human characters. I appreciate Keaton and DeVito on screen together again. This time their moral roles are reversed and it’s sweet.

One of the most touching moments in 1941’s Dumbo is the moment when he is holding his mom’s trunk through the cage. In Burton’s Dumbo, that moment is recreated and brings back some of those cherished memories of my mom and I.

Then other scenes, involving moving the circus troupe somewhere else, lose my attention and emotions completely.

Dumbo is a cute movie for hardcore Disney fans to get their fill until Lion King and Aladdin come out later. As far as I’m concerned, the king of the modern Disney remakes is still The Jungle Book. 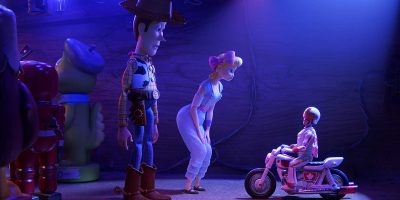 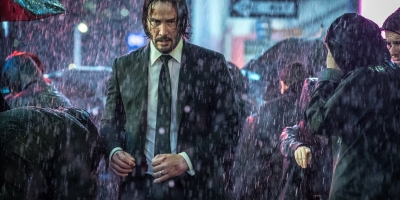 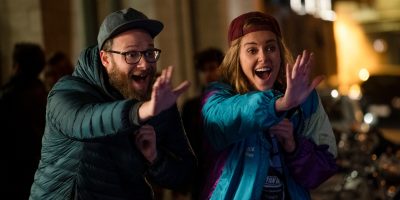 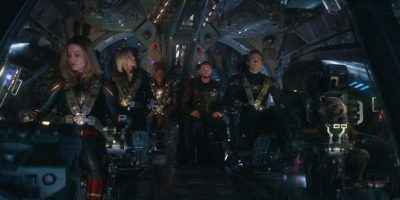 The Santa Cruz Beach Boardwalk starts its spring season this week with rides and games opening at 11 a.m. Monday,...