A three-alarm fire that damaged a roofing supply company in Pittsburg on Sunday afternoon originated in an adjacent homeless encampment, according to a fire spokesman.

“It’s a very common cause of these vegetation fires.”

“In this case there was no room at all. It was literally right up against the fence.”

The fire was reported around 2:40 p.m. at 2120 Piedmont Way, the former Piedmont Lumber Company, which is now home to the Elite Roofing Supply Company.

Fire investigators have not yet pinpointed exactly what caused the fire to break out in the encampment before it spread to the adjacent business. An estimate of the financial damage incurred was also not immediately available.

The blaze injured a firefighter, who was treated for smoke inhalation and released later Sunday evening in good condition. A stockpile of PVC pipes that went up in flames sent a large plume of black smoke into the air, prompting firefighters to request a response from a hazardous materials team.

They arrived after the fire had been knocked down, and by that time air quality measurements were within range for public safety purposes, so no warnings or advisories were issued to the public.

“But we don’t know exactly what the measurements were at the time of fire, and one can surmise they wouldn’t have been good.”

Two updates on this afternoon's Piedmont Way fire… The fire originated in a homeless encampment on the north side of the property, which is the Elite Roofing Supply Company and not Piedmont Lumber as reported earlier. #piedmontic pic.twitter.com/lnFWgeuwc1 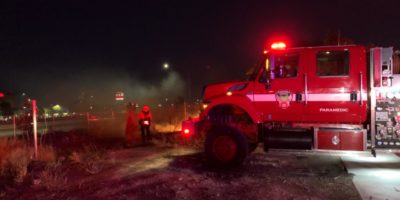 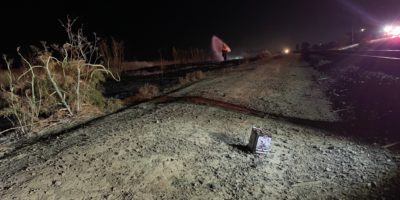 San Jose firefighters are responding to a vegetation fire near Kelley Park on Monday morning. Photos shared on social media...