The state has awarded San Francisco a $9.3 million grant to be applied toward providing services and housing for youth at-risk of human trafficking, specifically in commercial sex industries.

The funds will allow several nonprofit organizations to focus efforts on preventing sexual exploitation of at-risk youth, especially those most vulnerable by homelessness and those involved in the child welfare or juvenile justice systems.

“The more I learn from young people, the more I realize that commercial sexual exploitation is not a story about victims and villains, but rather a story of systemic failures.”

“[At] times we have failed to meet people’s needs and these young people have taken their needs into their own hands.”

In 2017, the Mayor’s Task Force on Anti-Human Trafficking identified 673 cases of human trafficking in The City. More than half of the cases were in commercial sex.

More than 300 cases of youth exploitation for commercial sex were also identified, with 33 percent being minors and 50 percent between the ages of 18 and 14.

Freedom Forward is one of 11 grant partners that will benefit from the state award. Whitney-Johnson said the organization will operate a drop-in center for youth who will not be required to identify as victims to receive services.

The organization will work with youth to determine best use of the space, ground rules, the process for admission and how the center’s success will be measured.

In 2020, the organization also plans to launch a new model of “family-based foster care” for teens that will provide services to youth and their families.

“This pilot will engage a great team of providers in what they do best, including Family Builders, West Coast Children’s Clinic [and] Huckleberry Youth Programs.”

Additionally, the grant will provide a launch pad shelter for youth transitioning off of streets or from unsafe living conditions, a short-term residential program and a 24-hour mobile response team for emergency services.

“This $9.3 million grant provides us with an opportunity to provide supportive services, to provide housing, to track and to find out what is going on and what we can do better to prevent it from happening in the first place.” 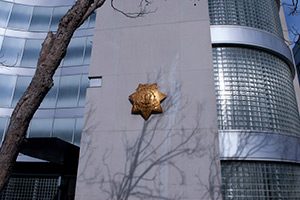 The San Francisco medical examiner's office has identified a man killed in a Tuesday night shooting in the city's Bayview...