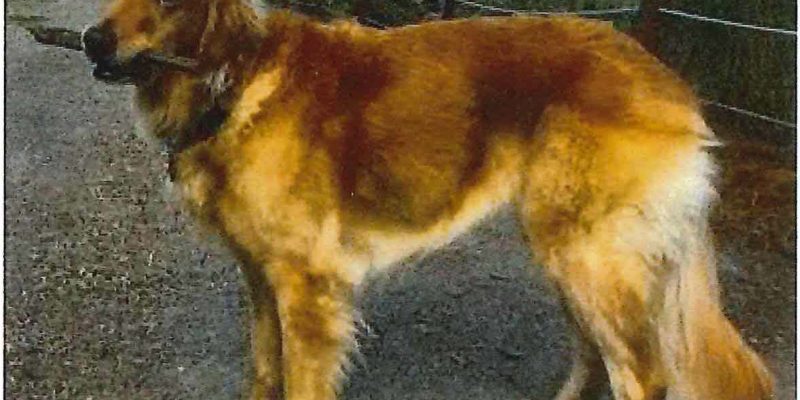 A golden retriever named Lily, stolen Sunday afternoon from a Japantown market, has been found safe near the Tenderloin late Sunday, according to police.

The dog was found around 10:30 p.m. on the unit block of Cyril Mangin Street by a San Francisco police officer that saw a couple walking a dog that matched Lily’s description, Officer Joseph Tomlinson said. The couple told the officer they had found the dog, Tomlinson said. Lily’s owner was contacted and the dog was returned to her. Police didn’t say if the couple was suspected in connection with the theft.

The dog was originally reported lost at about 5 p.m. Sunday. Lily’s owner went to SFPD’s Richmond station to report the dog had been stolen from in front of a market in the 1700 block of Post Street. She had tied the dog’s leash to a pole outside the market, and when she came back out the dog was gone, police said.

The store’s surveillance video footage shows the suspect kneeling down near the dog, untying the leash from the pole and walking away with the dog. Officers searched the area, but didn’t find the dog or the suspect, police said.

The suspect who took the dog was last seen on video boarding the 38 Muni bus heading west from Geary Boulevard and Webster Street at about 5:12 p.m. Sunday, with Lily.

Anyone with information about the case is asked to contact the San Francisco police at (415) 575-4444. Callers may remain anonymous.

One injured in apartment complex fire

Man in custody on suspicion of shooting into Berkeley crowd, injuring one