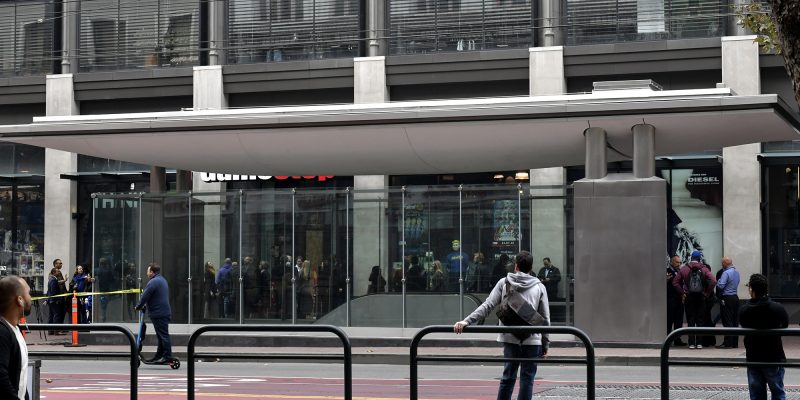 Ching Wong/SFBay
A new canopy is completed at the Powell Street BART Station in San Francisco, Calif., on Tuesday, November 13, 2018.

The San Francisco Board of Supervisors Budget and Finance Committee is moving forward with a plan to fund the construction of canopies at shared subway street-level entrances along Market Street. If the contract agreement between BART and the San Francisco Municipal Transportation Agency is approved by the full board Tuesday, the two agencies would share construction costs.

The total cost of the project is estimated around $91 million for 21 canopies, which includes two canopies that have already been built — one at Powell station and another at Civic Center station.

Tim Chan, BART planning manager, explained that the increased cost is driven by a labor shortage, higher wages and a steel tariff of up to 25 percent.

“We’re dealing with a lot of factors that are driving up costs annually.”

Fewer also pointed out that The City’s Better Market Street plan dictated a different and more costly aesthetic design than what is seen at similar structures in the East Bay.

BART officials said that despite the expenditure, canopies will help reduce cost of escalator maintenance over time by protecting structures from weather elements and human waste.

The canopies will also allow BART to close BART/Muni station entrances from the street level.

Currently, Market Street subway entrances are closed and locked below the escalators at the end of service hours.

The full Board of Supervisors will vote on the contract agreement during Tuesday’s meeting. BART expects to complete the canopy project by the end of 2025.