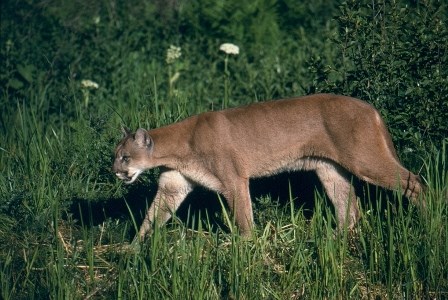 A mountain lion was seen during the night Saturday in the area of Club Drive at Cambourne Avenue in San Carlos, according to an advisory from San Mateo County.

The sighting area is near Hidden Canyon Park.

Officials advise people to avoid hiking or jogging alone, especially between dusk and dawn, and to hike with a walking stick that can be used to ward off a mountain lion.

Anyone encountering a lion should not run, but instead make noise, wave their arms, and throw rocks or other objects. If they are attacked, they should fight back with rocks, sticks, or bare hands, according to public safety officials.