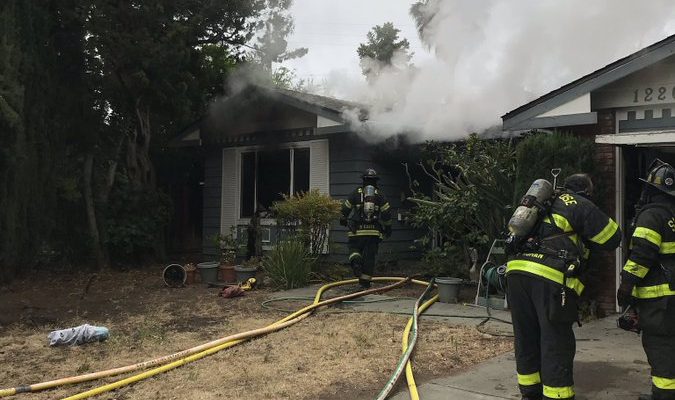 A middle-aged woman died and another victim believed to be a teenager was injured in a house fire that erupted the morning of Aug. 5, 2019 on Greenmoor Drive in San Jose, Calif.

One person is dead and another was taken to a hospital after a house fire in San Jose on Monday morning, a fire captain said. The fire was reported at 7:29 a.m. in the 1200 block of Greenmoor Drive.

A middle-aged woman was pronounced dead at the scene while a second victim, believed to be a teenage girl, was taken to a hospital, San Jose Fire Capt. Peter Caponio said. An update on her condition was not immediately available.

The fire had not been declared under control as of shortly after 8 a.m., with crews still on scene to put out hot spots, Caponio said.

Police arrest man after climbing up crane in San Jose 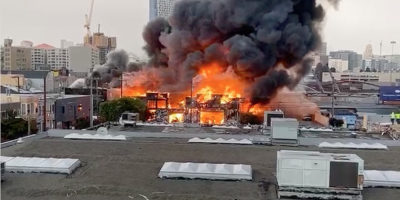 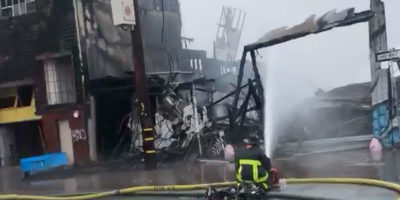 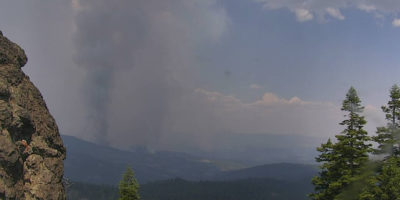 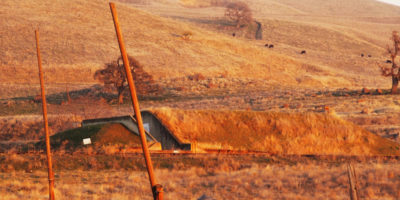 No one was injured Sunday morning when a single-engine Cessna airplane overshot a landing at Oakland International Airport and buried...