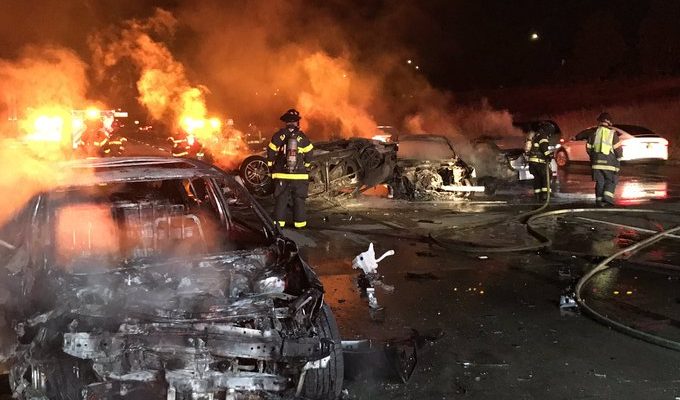 One person died and two others were injured and transported to the hospital after a four-car collision on U.S. Highway 101 in south San Jose the morning of Thursday, Aug. 8, 2019. All four cars involved caught fire.

One person has died, two others have been transported to a hospital and one other person was uninjured following a fiery multiple-vehicle collision on northbound U.S. Highway 101 in south San Jose early Thursday morning, according to the California Highway Patrol and San Jose Fire Department.

Only one of the six lanes of the freeway is currently open and the others remain closed with no estimated time of reopening, a CHP dispatcher said.

No further information is immediately available.

The legendary Outside Lands returns to Golden Gate Park this weekend.