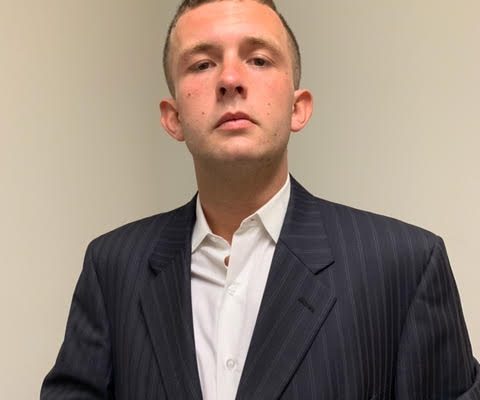 Austin James Vincent is named as the suspect in a violent attack on Paneez Kosarian outside her condo building on Beale Street in San Francisco, Calif. August, 12, 2019. The San Francisco Public Defender's Office said he is complying with all terms of his release pending trial, including GPS monitoring.

The San Francisco Public Defender’s Office said Sunday that Austin James Vincent, arrested Aug. 12 for attacking a woman as she entered her Beale Street condo, has been in “complete compliance” with the conditions of his release orders.

According to a statement released Sunday:

“He is responding very well to help he has been receiving since his release last Tuesday, and will be appearing at the compliance hearing with his attorney on Monday, Aug. 19.”

Sunday’s statement comes five days after San Francisco Superior Court Judge Christine Van Aken released Vincent following the attack at the front door of the condo building near the Embarcadero — an attack recorded on surveillance video, which has received widespread attention on social media. Van Aken was heavily criticized for releasing Vincent by, among others, the San Francisco Police Officers Association and Paneez Kosarian, the victim of the Aug. 11 attack.

The judge said she hadn’t seen the surveillance video until after she ordered Vincent released, and said she was “alarmed” by the level of violence she witnessed when she did see it. On Friday, Van Aken ordered Vincent be subject to electronic GPS monitoring.

Vincent has been charged with attempted robbery, false imprisonment and two counts of battery for the Aug. 11 attack.

CORRECTION: A previous version of this article mistakenly said the Beale Street incident occurred August 12. The text has since been corrected for accuracy.

Police arrested a South San Francisco man for attempted kidnapping and child annoyance after he allegedly restrained an 11-year-old girl...