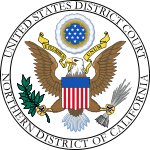 A man has been sentenced to more than four years in prison for his part in an investment fraud scheme, United States Attorney David Anderson announced Thursday.

Michael James Frew, 70, formerly of Hillsborough, was sentenced to 51 months in prison on wire fraud, mail fraud and money laundering charges. Prosecutors said Frew was involved in a real estate investment scheme that defrauded his victims of up to $3.5 million.

According to his plea agreement, Frew admitted that between 2010 and March of 2014, he solicited investments from several individuals on the false premise he would invest their money in real estate.

Prosecutors said Frew sometimes claimed the real estate was in foreign countries and were often areas that were recently struck by natural disasters.

In reality, Frew used the money to speculate in the stock market, make expenditures for personal expenses and repay other victims, according to prosecutors.

Frew admitted to paying money back to some investors to make it seem like the investments were legitimate.

In addition to his prison sentence, Frew will serve three years of supervised release and must pay $500 in special assessments and a restitution amount to be determined.