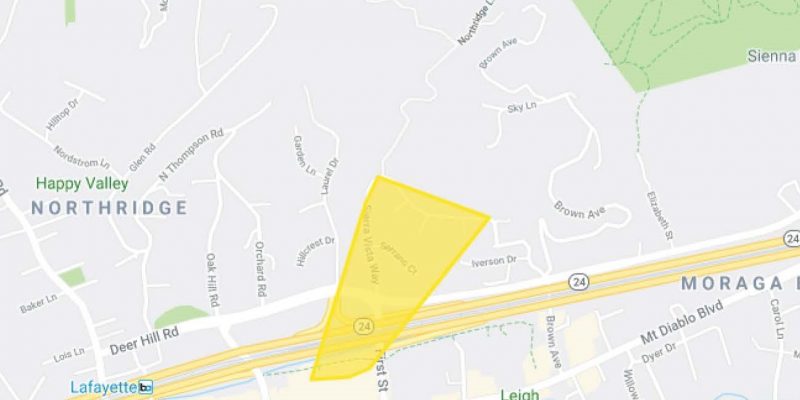 A crane performing work on BART tracks in Lafayette, Calif. clipped power lines that fell onto Highway 24 Monday, September 2, 2019. Traffic was halted for about an hour but power remains out for 114 customers nearby.

A crane working on BART tracks clipped power lines, which fell onto Highway 24 in Lafayette and closed the freeway for about an hour.

The crane was working on the track rebuilding project when it hit the power lines about 5:22 a.m., according to BART.

Traffic on the freeway was halted until lanes were reopened about 6:30 a.m.

No injuries were reported in the incident.

The crane was being moved at First Street and Deerhill Road when it hit the power lines, according to PG&E.

BART service hasn’t been affected by the incident, since a holiday schedule is in effect and trains don’t start running until 8 a.m. A bus bridge will be in place in Lafayette, according to BART.

Twenty-three people have died in traffic-related collisions throughout The City so far this year, which equals the total count for...