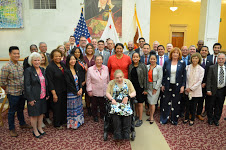 San Francisco Mayor London Breed swore in 84 appointees to commissions and boards in San Francisco, Calif. Friday, September 6, 2019. Women and people of color make up the majority of appointees.

More than 50 percent of Breed’s appointees are women and a majority are people of color, according to a release from the mayor’s office. Of the total, 15 commissioners are from the LGBT community, including 11 who were appointed or re-appointed Friday.

Adrian Caratowsa, appointed to the Transbay Citizens’ Advisory Committee Member, said the appointment was a chance to give back to the community.

“I’m honored and very excited to be given this opportunity to serve my community even more. It’s the least I can do for a city that has given me so much.”

Eduardo Santacana, Board of Appeals Member, said he was bringing his legal experience to the board.

“This board hears difficult cases of the utmost importance to citizens of our city.”

“As a lawyer, I will strive in every case to ensure each party receives a fair hearing, and to apply the law faithfully.”

A full list of City commissions and their responsibilities can be found at https://sf311.org/services/centralized-commission-database. 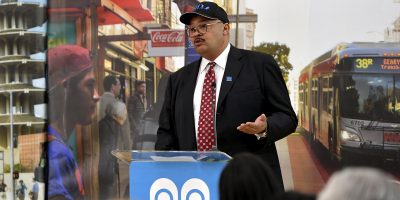 The city of Salinas announced Friday it is making eight commercial cannabis business permits available for applications. The city's Community...