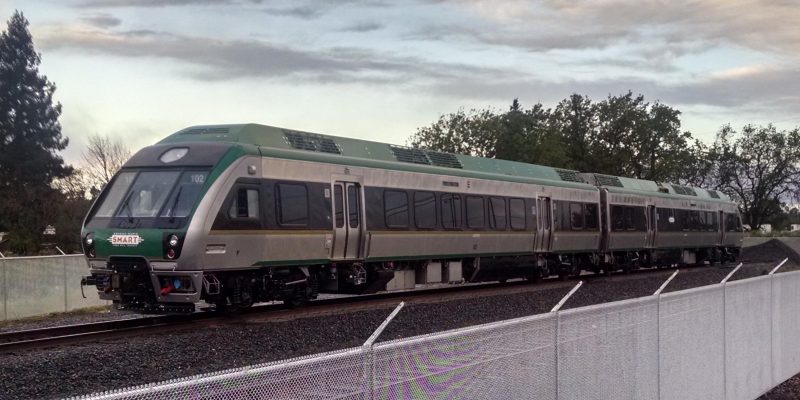 Sonoma-rich/Wikimedia
A woman carrying two small dogs jumped in front of a SMART train in Rohnert Park, Calif. Thursday, September 26, 2019. The woman and both dogs were pronounced dead at the scene.

A woman and two small dogs she was carrying died Thursday night when she jumped in front of a Sonoma-Marin Area Rail Transit train in Rohnert Park, the Department of Public Safety said.

Two Department of Public Safety detectives who were stopped at the train crossing at Golf Course Drive around 9:25 p.m. saw the woman pass through the crossing arm and wait for the train to approach, Deputy Chief Aaron Johnson said.

The detectives yelled at the woman to stop but she intentionally jumped into the path of the northbound train, Johnson said. They found the woman and two dogs dead at the scene, Johnson said.

It was the ninth train-related death since January 2018 and the fifth since June 27, 2019. Most of the deaths were deemed suicides. SMART began train services between Sonoma County north of Santa Rosa and San Rafael in August 2017.