Fire crews have contained a grass fire sparked after a vehicle that was ablaze pulled over on the shoulder of southbound Vasco Road early Thursday morning, according to fire officials.

The fire was first reported at 4:56 a.m. approximately four miles south of Camino Diablo, per the California Highway Patrol.

According to East Contra Costa Fire Protection District Battalion Chief Craig Auzenne, a man driving a BMW SUV pulled over after he noticed his vehicle not acting correctly, and saw it was on fire when he was out of the vehicle.

Nobody was injured, Auzenne said. Cal Fire has taken over the scene and as of 6:30 a.m., one lane of the southbound roadway was closed. Alameda County Fire Department crews also responded to the scene. 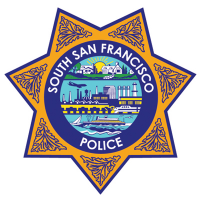 Your IP address 46.229.168.161 has been flagged for potential security violations. You can unlock your login by sending yourself a special link via email. Learn More