On Chris Bucchere’s Facebook page, underneath a sepia-toned profile picture of himself donning a tilted fedora, sunglasses and a waxed mustache, a simple “intro” statement appears:

Bucchere unironically makes reference to the red pill from The Matrix; the choice that, when swallowed, purportedly enables one to cast aside falsely-constructed reality and instead reveal what truly, actually, genuinely exists.

And so, Bucchere calls himself the “luckiest unlucky guy in the world.” The man who, at 36 years old in 2012, attracted international outrage after he, on his bicycle, smashed into 71-year-old pedestrian Sutchi Hui and his wife in the crosswalk of Market at Castro. Traveling through the intersection at a disputed but undeniably aggressive pace, Bucchere caused severe injuries, from which Hui died four days later at San Francisco General Hospital.

Unlucky, as Bucchere described himself to SFBay, because as the first bicyclist to be convicted of felony manslaughter in the United States, he had never been “wronged this badly” in his life.

Lucky, he says, because six years later, he has been able to create a platform to share his story and, he hopes, expand dialogue on road safety:

“If I were anyone else, any of the other seven billion people on this planet, I wouldn’t do this, but it just so happens that I’m the right guy to start this dialogue. So, I’m ready.”

Now 42, Bucchere has chosen to loop back into the public eye with an 10-week blog and podcast series he calls “Bikelash: How San Francisco created America’s first bicycle felon.” Bucchere says he adopted “Bikelash” from a collection of journal entries he began writing immediately after the accident in 2012.

Describing the project, Bucchere intertwines allegations of prosecutorial misconduct and bias with a scrutinous knowledge of every exhibit, fact and piece of evidence, particularly those he feels were suppressed or misinterpreted against him:

“What I want people to know about from the story is not what happened to me. The facts are used to tell a larger story. The larger story is that our criminal justice system is broken.”

“We all have the moral obligation to look out for each other; we’re all right on the brink of death at all times [when] we’re on the road. Morally, and there is no question, I’m at fault because as a cyclist or driver or anyone on the road, my job is to keep everybody safe, and I failed. I did not keep everybody safe. Not myself either. I got hurt too.”

Then, hinting toward a recurring theme of many of his podcast episodes, Bucchere added:

“Now … when it comes to legal responsibility, I followed the law, and eight pedestrians did not.”

In his extended title, the capsule descriptions of the 10 “Bikelash” episodes, and over the course of his interview with SFBay, Bucchere heaps blame for his conviction upon a matrix constructed of institutions and individuals, from San Francisco District Attorney George Gascón, to Matier and Ross; from witnesses who testified at the trial, to the first, uninjured pedestrian to cross the intersection at Castro and Market.

Though Bucchere said he didn’t want to blame anyone for the incident, he immediately followed with:

“If you want to cast blame on anyone, I think the person who holds a lot of responsibility for this is [the person] who crossed, stepped off the Muni bus on the opposite side from the Huis. She crossed 75 percent of the way over to my side. … So you could ask yourself, what was that woman doing here, when she should be on this curb?”

Regarding Gascón and the felony charges, Bucchere told SFBay:

“I don’t deserve the charge. Sure because I’m already guilty of my moral failing of not keeping everyone safe. There’s an accident; a guy died, and I’m guilty. Nothing more needs to be said. We could have stopped right there; I could have felt bad, written a lovely apology, I could have met the family and apologized to them in person.”

A member of the Hui family reached in connection with this story declined comment to SFBay.

“Everything would have been fine. The City didn’t need this message, but Gascón had a political agenda and that ruined six years of my life, so that’s why I’m here to show DA’s are out of control.”

Bucchere also accused Gascón of leaking to the press before his trial:

“The media had gone nuts with this and really spun it out of control … every time I want to learn about my case I would go look at the Matier and Ross column in the Chronicle, and from that I’d learn everything I needed to know. Because that’s where .. before it went to my lawyer or me or anybody, it would go there. So, in other words, the DA was leaking that information directly to them.”

Multiple requests from SFBay to the San Francisco District Attorney’s office went unanswered prior to publication.

Early media coverage of the crash swirled around an e-mail posting to the Mission Cycling Club of San Francisco authored by Bucchere and posted to the web in the days following the crash, and before Hui had died:

“Apparently I hit a 71-year old male pedestrian and he ended up in the ICU with pretty serious head injuries. I really hope he ends up OK … In closing, I want to dedicate this story to my late helmet. She died in heroic fashion today as my head slammed into the tarmac. … May she die knowing that because she committed the ultimate sacrifice, her rider can live on and ride on. Can I get an amen?”

Many interpreted Bucchere’s email, which he dedicated to his helmet, as him lacking remorse. Bucchere told SFBay he wrote the email just after being released from the hospital:

“So here I am grappling with the fact that I almost died, dealing with a head injury, and trying to piece together what happened to tell my friends and family.”

Bucchere also said he had taken the painkiller Percocet before sending the e-mail:

“So, I write this email … and then I didn’t think about it for several days. And then all of a sudden after [Sutchi] Hui died, the media got a hold of [the email.] They called it a blog post, they then compared my little poetry about my helmet saving my life … they made a comparison between that and the man I killed.”

When directly asked whether he regretted sending the email, Bucchere said:

“I’m full of regret about this. Everyday I wake up with regret knowing that somebody died. And then [a] smaller part of that, but also on top of that, that I’m being blamed for it. Hundred percent. If you ask 100 people in the city who’s at fault, everyone is going to say that it was me. No question.”

Today, Bucchere says he hardly ever rides his bike in The City; instead, he has opted for an electric skateboard. In part, because he fears the negative stereotypes he says follow cyclists in San Francisco, a burden he says he doesn’t notice with his e-skateboard:

“You get on a bike and you ride around The City and you’re a target, you’re hated so automatically you are representing all cyclists when you ride. Everything you do is going to be evaluated through a lens of bikelash and there is no escaping that.”

Bucchere said he was “super angry for years” after the incident:

“But lately, for the past six months, I’ve really started to simmer down with my anger. I still get mad though, when I see stuff happen on the road, and I’m on my skateboard … and a pedestrian steps in front of me; I get mad. Because I often would yell at a pedestrian and say, you’re not just going to kill yourself by stepping out into the street without looking, but you’re also going to kill a cyclist, a skateboarder, a scooter, or a Segway or any number of the weird vehicles we have on the road these days.”

Bucchere said he hoped the Hui family, among others, will see his narrative as fair to all sides:

“At least now I’d like this to be a story where I’m no longer the villain. … The family, it was a total loss, they lost Mr. Hui, the patriarch of the family. He has a grandkid, her name is the same as my daughter’s name. It’s so sad. they’re the biggest losers in this affair. I’m a big loser in this affair too.”

As Bucchere prepares to re-enter the spotlight and again face scrutiny over his past, he shared his thoughts with SFBay about a separate, upcoming experience with the justice system:

“I have jury duty. The gall, they want me to serve on a jury. To Marin County. I’m going to go to court, I really hope they pick me, and I’m going to say to that judge: ‘your honor, I mean no disrespect to you whatsoever, but i have no faith in the system. The system intentionally cheats its way into victories at the expense of the defense. I think due process is a joke. And no matter what happens in this courtroom, I am going to side with the defendant despite all the evidence. And I want to see what he says.”

“I’m not just trying to get out of jury duty. I want to make that statement, I want to put that on court record, I want that to go in the paper. Because nobody … every juror should just protest and be like ‘no, I’m not going to be part of this charade.’ So, I took the red pill.” 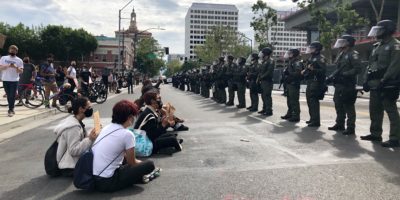 Flush with color, San Francisco ushers in Year of the Pig 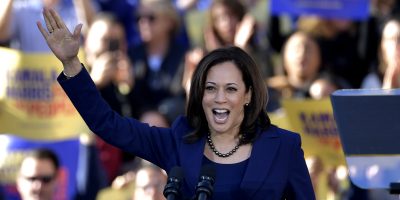 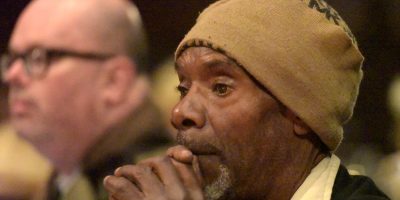 The Fillmore, Jonestown and the reckoning of racism 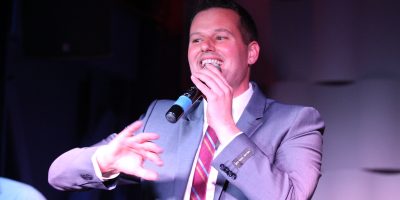 4 hours ago0
Beyond SFBay

San Francisco has helped a Mission district nonprofit acquire a four-story mixed-use building in the Excelsior in order to keep...